Relive an historic moment in fashion 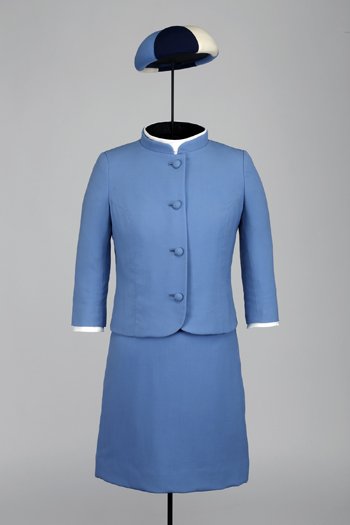 Expo 67 marked a high point in the history of Montreal and Canada. Organized 50 years ago as part of Canada’s Centennial, this Universal and International Exposition received over 50 million visits. The world discovered Montreal and the city opened up to the world. To commemorate Montreal’s 375th anniversary, the McCord Museum presents the exhibition Fashioning Expo 67. It is the first time that Expo 67 has been viewed through the prism of fashion, an original concept developed by the Museum. Embracing visual image, display, and spectacle to promote its optimistic and forward-looking world view, Expo was a watershed moment for Montreal. Its modern mix of art, architecture, technology and design conveyed a message of boldness and creativity that resonated with the Canadian fashion milieu. Young designers and manufacturers alike seized the many opportunities to participate in projects and took advantage of this exceptional showcase to shine on a world stage. 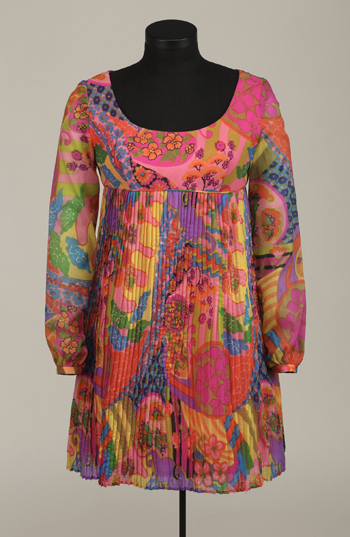 The exhibition features over 60 outfits—hostess uniforms from various pavilions, clothing by Quebec designers—and products from every sector of the Canadian fashion industry, including hats, gloves, umbrellas, purses, jewellery, and even fur. The different sections of the exhibition also display drawings, photographs, archival film footage, and documents. In addition, there are videos of interviews that the Museum conducted with several designers from the era. The exhibition invites visitors to enter the world of Expo 67 and experience the effervescence of Montreal’s fashion moment. It was designed and developed by the McCord Museum, under the direction of Suzanne Sauvage, the Museum’s President and Chief Executive Officer, and curated by Cynthia Cooper, its Head, Collections and Research, and Curator, Costume and Textiles. 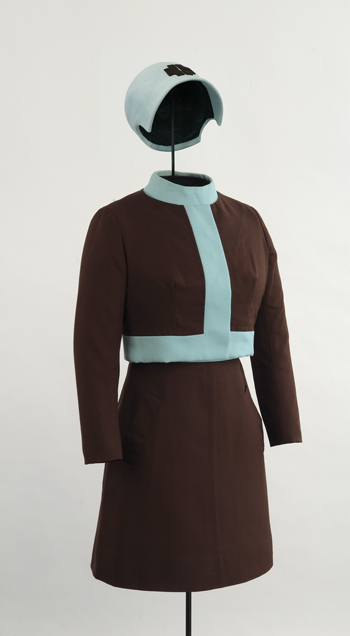 “Expo 67 was a pivotal event in our history,” notes Suzanne Sauvage. “It had a major impact on Montreal architecture, urban planning, culture and society that continues to this day, and the field of fashion also had its moment in the sun. However, though Expo 67 left an indelible legacy, its spotlight on fashion has been all but forgotten. Drawing from the Museum’s vast Costume and Textiles collection and to an extensive research on Expo by Cynthia Cooper, the exhibition illustrates the role of fashion during this period of history and the remarkable boost it gave to Quebec designers.”

For six months, from April to October 1967, Montreal was taken over by a euphoric, festive atmosphere. Visitors came from all over the globe to explore the 90 thematic and national pavilions on the Expo 67 site, which consisted of an expanded St. Helen’s Island and Notre Dame Island, an artificial island built for the occasion. Each pavilion provided a window onto the country or industry that it represented. Eager to show off their achievements and vision for the future, these pavilions relied on hostesses to help create the image they wished to reflect to visitors.

The public face of Expo 67, the many hostesses working on the site all wore distinct uniforms that either stood out as fashion-forward or borrowed from traditional dress.