A new line-up of plays and much more are all part of Centaur Theatre’s 49th season. Outgoing Artistic and Executive Director, Roy Surette, introduced his successor Shaw Festival’s Associate Director, Eda Holmes, at a gathering of media and theatre practitioners in the Ted T. Katz Family Trust Gallery.

“As I hand Centaur over to the wonderfully talented Eda Holmes,” said Roy Surette, “I’m reminded of how hands connect us, point us in new directions, welcome strangers and wave farewell. I move back to the West Coast in June, eager to return to my family and friends but sad to leave this dynamic city and its generous community of talented artists. It has been a marvellous ten years but I guarantee Centaur audiences that they are in for exciting times with Eda.”

It’s a testament to Centaur’s stature on the Canadian Theatre scene that Eda Holmes would elect to leave the prestigious Shaw Festival to come to Montreal and take on the dual responsibilities of Artistic Director and Executive Director, Ms. Holmes hits the ground running as of August, heading the season leading up to Centaur’s 50th anniversary in 2019.

In addition to that milestone, as of January 2018, major expansion renovations begin in Centaur Two, rendering Centaur One as the sole performance space for the latter half of the season. Ms. Holmes remarked that, “Roy’s passionate humanity has served Centaur so beautifully. I can’t wait to meet all of you on both sides of the footlights. We have lots to talk about as we look toward the next fifty years of great theatre at Centaur.”

The season opens with Shaun Smyth in an exhilarating, tour-de-force performance as hockey great, Theo Fleury, in Playing with Fire. Based on the book “Playing with Fire” by Theo Fleury & Kirstie McLellan Day (who has co-authored hockey books with Wayne Gretzky and Hockey Night in Canada’s Ron Mclean), reveals the struggles that the undersized Fleury had to overcome to gain a position in the NHL. It wasn’t until his playing days ended and the publication of the book that we learned that Theo was a victim of sustained sexual abuse and the profound psychological effects that this had on him. Playing With Fire has earned outstanding reviews, and Centaur audiences are in for an inspirational season-opener. 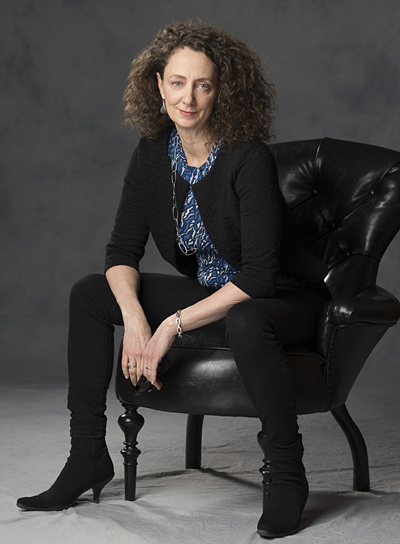 Next up is the hilarious spoof on Alfred Hitchcock’s spy thriller, The 39 Steps, featuring four actors enacting more than 100 roles. Richard Hannay, a suspected murderer, is caught in a web of international intrigue and suspense in this rollicking, edge-or-your-seat thriller made famous by the classic Hitchcock film. Handcuffed to a beautiful woman convinced of his guilt, the accidental action hero must stay one step ahead of Scotland Yard to prove his innocence and stop a lethal ring of spies. Lives hang in the balance, often literally, in this theatrical mission-quite-impossible, packed with hilarious film noire allusions. The entire escapade is performed by four actors, switching characters at lightning speed for maximum spoof effect. The 39 Steps has won an Olivier Award for Best Comedy, two Tony Awards, two Drama Desk Awards, including Unique Theatrical Experience, and a Molière Award for Best Comedy.

In the New Year, Centaur presents two new plays from Canadian children of immigrants: The Baklawa Recipe by Pascale Rafie is a touching story of two Lebanese women and their Canadian daughters caught between traditional and contemporary values. 1960s Quebec juxtaposed with contemporary society seen through the immigrant lens. Two young Lebanese women emigrate from their homeland to start new lives in Ville-St-Laurent. Forever bound when they marry two Canada-born Lebanese brothers, they struggle to integrate the traditional female roles of their close-knit community with the emerging face of the independent woman of the feminist movement. The mothers and their first-generation Canadian daughters personify the challenges of living between two worlds: one shaped by their cultural origins and the other by their adopted home. Two generations of women, their joys and complexities, as warm and sweet as Baklawa. From the playwright of the beloved children’s play, Charlotte Sicotte.

“The best way to celebrate Montreal’s birthday is to celebrate the strength and diversity of its citizens.” – Eda Holmes

“Some of the funniest, most brilliant theatre you’ll ever be lucky enough to see” – The Province, Vancouver

Centaur will present the World Premiere of Successions, by Michaela Di Cesare, a budding new voice from the Italian community whose latest script explores the rewards and complexities of family legacy. From the award-winning creator of the hit comedy, 8 Ways My Mother Was Conceived, and Wildside Festival favourite, In Search of Mrs. Pirandello, comes a new family saga about two second generation Italian-Canadian brothers: an uptight, upwardly mobile lawyer running for office and his kid brother, who’d rather party than work. After the sudden death of their parents, they must decide whether to hold on to the family home, a rundown relic stuffed to the gills with memories, secrets and a lifetime of worthless junk. To move forward, they need to let go but at what cost to their relationship?

“It is always thrilling to discover a fresh, Canadian playwright with new,
insightful perspectives on contemporary living; Michaela is definitely one such exciting voice.” – Roy Surette

Hosanna, a.k.a. Claude Lemieux, returns home in tears after being cruelly betrayed by her lover and friends at a Halloween party. Over the course of one tumultuous evening that volleys dizzily between catty quips and gut-wrenching honesty, the Cleopatra impersonator comes face to face with her deepest fears and insecurities. In a world that forced her to wear a mask to fit in, will the need for love, to be seen for who she truly is, outweigh the dread of shedding her illusions? Four Montreal English Theatre Awards (METAs) for Best Actor, Best Supporting Actor, Best Director and Best Independent Production.

Centaur’s popular ancillary events return, with Urban Tales and the Wildside Festival entering their second and third decades respectively. The Saturday Morning Children’s Series fosters a love of theatre in the younger generation while the free Sunday Chat-Ups and Talk-Backs continue to enrich the theatre-going experience for all.

As playwright David Fennario once told me, “going to a play should be a good night out”. Ask about packages, student prices and the ever popular Saturday morning Children’s Program. For “a good night out” at Centaur Theatre, please visit www.centaurtheatre.com or call the box office to purchase tickets: 514-288-316