The cultural melting pot for comedy and annual Festival favourite, The Ethnic Show, returns for its 9th edition as part of the Jack Astor’s Club Series. With rising global anxieties over ethnic divides, JFL has curated for it’s 35th anniversary a special line-up that features many fan favourites, hosted by internationally beloved and Last Comic Standing winner, Alonzo Bodden.

Sharing the humorous side of their diverse backgrounds this year will include; Jewish-American Jessica Kirson returning after highly praised performances in 2016, international comedian and one of the most sought-after performers Korean Irish-American Steve Byrne, the return to the Festival of audience favourite Italian-Canadians The Doo Wops, comprised of John Catucci and David Mesiano, rising star Portuguese-Canadian Mike Rita, and staple of the New York comedy scene Dominican-American Vladimir Caamaño. 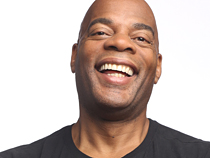 Alonzo’s material is “cynically good natured.” Well, the older he gets, the less good natured it’s gonna be. “‘What can I say? The stupid out there is wearing the man down.”

Bodden, who won Season 3 on NBC’s Last Comic Standing, is a regular on NPR’s Wait Wait…Don’t Tell Me! and Comedy Congress, as well as being a panelist on the Game Show Network’s Mind of a Man.

In 2011, he starred in the comedy special Who’s Paying Attention on Showtime, released a DVD, and hosts a podcast of the same name. That same year, he was a panelist on the syndicated show Inside the Vault, and voiced the character of Thunderon in the Power Rangers movie. Bodden has also hosted Speed Channel’s 101 Cars You Must Drive.

Alonzo’s first big comedy break came when he was part of our Just For Laughs New Faces of Comedy showcase. Among his late night television appearances are The Tonight Show with Jay Leno, Late Night with Conan O’Brien, The Late Late Show with Craig Kilborn, and The Keenen Ivory Wayans Show. His film credits include Scary Movie 4, The Girl Next Door, and Bringing Down the House starring Steve Martin and Queen Latifah. 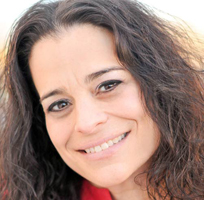 Jessica recently served as a consultant and acted in the movie The Comedian starring Robert De Niro. Her unique style and captivating stage presence captures the attention of audiences and club bookers everywhere she performs.

Her wide variety of characters brings a diverse energy to her routine. She was awarded Best Female Comic by the MAC association in New York City and recently accepted the Nightlife Award for Best Stand-up Comedian in New York City.

Her YouTube channel The Jessy K Show has more than 100 videos with a combined total of over 2.5 million views. In 2013, she launched her own podcast titled, The Jessica Kirson Podcast. She made her big screen debut in Nick Cannon’s School Dance and has also been heard on The Howard Stern Show. 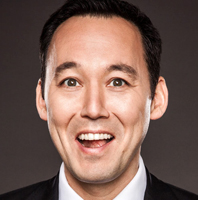 Steve has risen through the ranks of the comedy world to become one of the industry’s most innovative and sought-after performers. He was the star and creator of Sullivan & Son, a half hour comedy on TBS along with Vince Vaughn’s Wild West Productions for three seasons. His third hour special Champion debuted on Netflix in May 2014 to rave reviews and his two previous specials, Steve Byrne’s Happy Hour and The Byrne Identity were two of the top rating specials on Comedy Central.

His acting resume includes feature films like The Dilemma, Couples Retreat and  his television resume include ABC’s The Middle, Chappelle’s Show, The Howard Stern Show and standup appearances on TBS’s Conan, ABC’s Jimmy Kimmel Live, a total of 10 appearances on NBC’s The Tonight Show with Jay Leno. 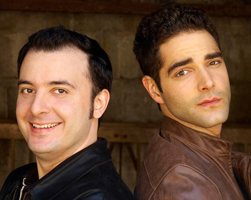 The Doo Wops are a renowned musical-comedy duo who blends song and satire in a uniquely Italian-Canadian flavour. Comprised of John Catucci and David Mesiano, they have appeared on stages and screen across North America and the UK.

In their early rise, they won the Canada-wide Just for Laughs Homegrown Comic Competition and shortly thereafter, the taped their first hour-long comedy special Comedy NOW! for CTV and The Comedy Network, which was nominated for a Canadian Comedy Award.

They performed at the Melbourne Comedy Festival, on the BBC’s The World Stands Up Show and have toured across North America with the Just for Laughs Comedy Tour, Wiseguys Tour (Canada/ USA), and Monsters of Comedy Tour. 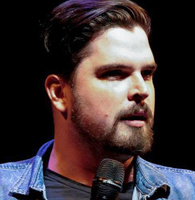 Mike is exactly what you think a comic should be, funny, smart and relatable.  At 20 years old he was the winner of the Second City’s Tim Sims Award for best new comic and quickly became one of the Canada’s youngest touring comics.

The son of Portuguese immigrants, he has turned his memories of growing up Portuguese in Toronto into one of the most popular comedy acts in the predominantly immigrant city, and across the Portuguese diaspora.

He has performed at festivals and on TV/Radio across the country with appearances on MTV, Much Music, CBC Radio, SiriusXM, Just For Laughs in Montreal, and JFL42 in Toronto. 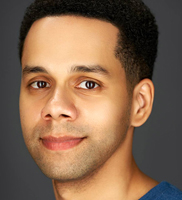 Vladimir Caamano was named one of the Top 10 Comics to Watch by Variety in 2016. After his stand out performance at Just for Laughs in 2015 as a New Face and opening for Sebastian Mansicalco, Vladimir entered into a pilot development deal to co-write, and star in a pilot based off of his comedy for NBC with Bill Lawrence and WB supervising.

With the name Vladimir, few people expect a Dominican from The Bronx to take the stage. His comedic style is the fruit of an immigrant Dominican family living in the cultural mecca that is New York City and is described as an elegant combination of urban grit and intellect.