Mark Critch is returning this fall to co-star in the 25th season of the venerable Canadian comedy institution This Hour Has 22 Minutes, so who better to host a celebration of the future of Canadian comedy? See the next generation of great Canadian comics as they strut their stuff in a showcase of the best talent, hand-picked from across The Great White North in our 19th edition of Homegrown Comics, with special guest, comedian K. Trevor Wilson, presented by Sirius XM.

Friday, July 28 at 7:00 pm at Ludger-Duvernay Theatre at Monument National. 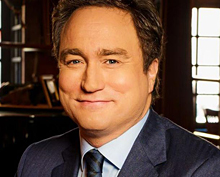 Mark Critch returned to CBC TV last fall as co-star of the 25th season of This Hour Has 22 Minutes. He can also be seen as host of CBC TV’s Ha!ifax Comedy Festival. He starred alongside Brendan Gleeson and Taylor Kitsch in the much loved film The Grand Seduction and appeared as Ned Bishop in the Canadian TV staple Republic of Doyle. Mark recently signed a two book deal with Penguin Canada, look for the first book to hit shelves in the fall of 2018. He is a multiple Canadian Screen Award, Gemini award, Writer’s Guild Award and Canadian Comedy Award winner. 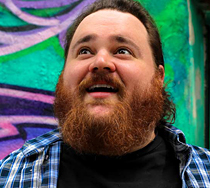 K. Trevor Wilson, the self-proclaimed Man Mountain of Comedy, is an award winning comedian and actor. A headliner who has performed internationally for over 15 years he is best known for his work on Comedy Central’s Roast Battles, as “Squirrelly” Dan on Crave TV’s Letterkenny (2016 CSA winner for Best Comedy Series) and his 5 consecutive appearances at the Just For Laughs Festival here in Montreal. 2017 has been a milestone year for K Trev as his first half hour comedy special Bigger in Person was released in March and in January he made his US network television debut with a performance on ABC’s Jimmy Kimmel Live. 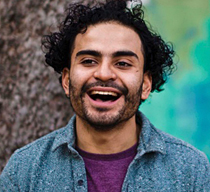 Marito Lopez, originally from El Salvador, moved to Calgary, Alberta in Western Canada at the tender age of four. Since then, he has learned to love the English language, white people and snow. His fiery, high-energy, and charismatic persona has landed him on stages and screens across the country, including appearances at the Hubcap Comedy Festival, NXNE, JFL42, MTV Canada, and Yuk Yuks. Mario was also one of the Toronto finalists in this year’s SiriusXM’s Top Comic. Marito launched a parody rap album with his comedy collective Runnin’ At The Mouth, having Wit’ My Woes go to #1 on iTunes and Oxtail Gravy commissioned by CBC Comedy. In short, with a microphone, Marito will bring an audience to their feet. Marito now resides in Toronto. 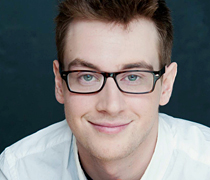 Sam Burns is a young up-and-coming comedian all the way from the sunny tropics of Barrie, Ontario. Sam has performed on CBC Connects with Ron James and at the NXNE Festivals. He is a graduate of Humber College’s Comedy Writing and Performance program and Second City’s Conservatory, and is the winner of The Mark Breslin Award for Stand Up Excellence. You can usually catch Sam Burns performing in the Greater Toronto Area and in his bathroom late at night. 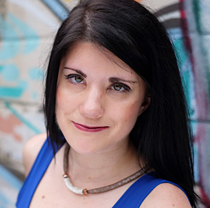 Courtney Gilmour is a stand-up comedian from Toronto and has become one of the city’s fastest rising up and comers. She has been performing for five years and has made appearances at the All Jane Comedy Festival in Portland, NXNE, and SiriusXM’s Top Comic. She co-hosts and produces the monthly clean-themed So Fresh N’ So Clean at Toronto’s Comedy Bar, and can also be heard on SiriusXM’s Canada Laughs. Courtney has also opened for a number of prominent headlining acts including Todd Glass, Aparna Nancherla, and Chris Gethard. 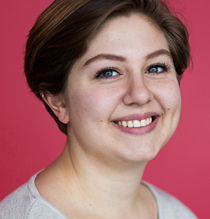 At 22 years old, D.J. Mausner is already an award-winning stand-up, sketch, and improv comedian. Mixing her bleak observations and surreal, intricately described fears, she uses characters and anecdotes of extreme anxiety to remind the audience that life is indeed a brief death. Fun!

D.J.’s harrowing sincerity has landed her spots at OFF-JFL, the Women in Comedy Festival (Boston), The Big City Improv Festival (Toronto), The Del Close Marathon (New York), and led her to headline at the Mprov Festival (Montreal), The Women’s Funny Festival (Chicago), and The Sketch Republic (Montreal). In 2016 she won the Just For Laughs Award for Best Comedy at the Montreal Fringe Festival for ATM: The Musical, which she co-wrote and musically directed, as well as the Best New Troupe Award at Montreal Sketchfest with her sketch troupe Cousins.

She is the associate artistic director at the Montreal Improv Theatre, the creator and producer of Theatre Sainte-Catherine’s flagship show Joketown, and thinks that actually, it is cool to care. 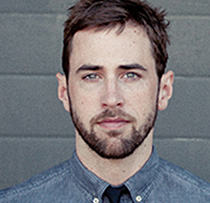 Ross Dauk is an award-winning comedian based in Vancouver, BC. Ross was named Best Stand-up Comedian in Vancouver by The Georgia Straight, has performed at JFL42 and at JFL Northwest, and tours nationally with Yuk Yuk’s. He hosts the acclaimed weekly comedy show Jokes Please! and loves comedy very much. 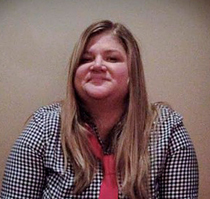 Brittany Lyseng claims to have started her comedy career in the hallways of junior high school, while waiting to be let back in to math class. Since then she has turned her blatant disregard for authority into a healthy appetite for entertaining.  Born and raised in Calgary Alberta she has been tearing up the local comedy scene with her brazen and edgy style. Most recently appearing in the YYCOMEDY festival, Calgary’s Sled Island Festival and as a semi-finalist in SiriusXM’s Top Comic, Brittany strives to be a household name. 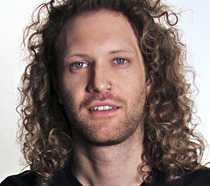 Ryan Long is best known as the creator and star of Bite TV’s original TV Series Ryan Long is Challenged, nominated for two Canadian Comedy Awards. He is also responsible for award nominated TV series Crown the Town with Ryan Long and accounts for more then 8 million plays and views on the web. Ryan has also appeared on Much Music’s Video on Trial, MTV Live, Much on Demand, Musique Plus, TheScore, AUX, Fuse, City TV, Serius/XM, Space, Discovery Channels Prank Science, Family Channel’s Lost and Found Music, NBC’s Heroes Reborn, and more. Ryan has performed everywhere from bars to arenas across North America, and more recently toured with the likes of Steve-O, Tom Green, and The Trailer Park Boys. 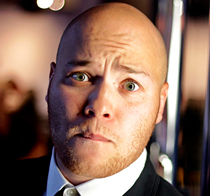 Adrian Cronk’s universal, electric brand of comedy is not to be missed! His experiences (cultivated everywhere from Canada to the Carolinas) have led to a razor-sharp sense of humor that is unique and hilarious. Adrian has opened for comedy greats like Russell Peters, Jon Dore and Tom Green, and has been featured at the Sudbury and Halifax Comedy Festivals. He has also been heard on CBC’s Laugh Out Loud, Sirius XM, and has performed at JFL 42 in Toronto. Adrian was chosen to be Yuk Yuks Ottawa’s first House MC in thirty years. Whether in a comedy club, a college campus or in front of thousands in an area, Adrian has made audiences laugh nationwide! 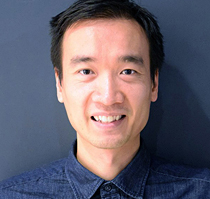 After winning awards in advertising for a Superbowl commercial and a Ted Talks 10 Global Ads Worth Spreading, Joe Vu abandoned his lucrative career in advertising to be totally disowned by his Asian parents.

In his first year, he placed runner up in the Toronto Comedy Brawl. From there he’s gone on to perform at The Winnipeg Comedy Festival and on CBC’s The Debaters.

His comedy comes from the perspective of the under represented Southeast Asian voice. Absurd, intelligent, and insightful, his routine is at once both entertaining and educational. 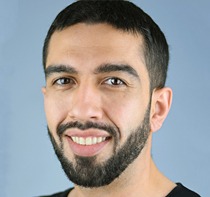 Foad HP is an actor, writer, and stand-up from Toronto. He has been featured on JFL42, CBC Radio’s Laugh Out Loud, SiriusXM, and he won the 2016 Toronto Comedy Brawl. He has also made guest appearances on Nikita and American Gods.

Having only been performing stand-up since 2012, Foad has made great strides in the industry. A regular at Absolute Comedy in Toronto, Foad has performed at many Canadian comedy institutions, including The Comedy Mix in Vancouver. And he even headlined the legendary Nubian Show at Yuk Yuk’s in Toronto.