A production by The Chop Theatre presented by the Segal Centre

How to Disappear Completely

Co-written and performed by world-class Lighting Designer Itai Erdal, this multimedia performance presents a unique and breathtaking look at an artist’s relationship with his mother. Combining powerful story-telling and the magic of stage lighting, this play is an unexpected lesson in loving, healing, and finding the light.

Award-winning lighting designer Itai Erdal is also a gifted storyteller who draws on a life fully lived between his birthplace, Jerusalem, and his current home in Vancouver, BC. He’s also son to a mother, who, after being diagnosed with lung cancer, asked him to take her life.

In 2000, Erdal received a phone call telling him his mother had nine months to live. He promptly travelled to Israel to spend every moment he could with her. During that time he shot hours of film and hundreds of pictures, documenting her final days, in both English and Hebrew. In this deeply personal, yet surprisingly funny piece, Erdal demonstrates his approach to theatrical lighting while reflecting on family, mortality, and his mother’s legacy. This piece pairs the power of Erdal’s story with the nuanced potency of stage lighting. 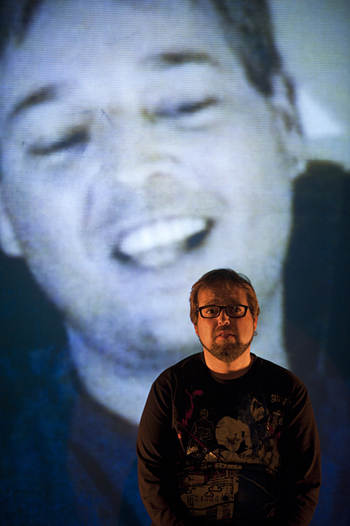 An International Hit
Premiering at the 2011 Chutzpah! Festival in Vancouver, How to Disappear Completely has enjoyed international success in over 19 cities including Seattle, Portland, Edinburgh, Dublin, and London, England. The Segal Centre will mark the 23rd remount of the play.

“How to Disappear Completely is a show you have to see to believe. It has been captivating audiences across the globe thanks to Itai’s infectious charisma. His undeniable of talent has a magical way of making a dark subject light, and makes us treasure the special relationships in our life,” said Segal Artistic and Executive Director Lisa Rubin.

“The show’s pacing is impeccable. Erdal balances humor, beauty, and tragedy with the expertise of a tightrope walker.” – Portland Monthly

“It may sound like a grim, three-hankie experience, but along with the tears (and they do come, eventually), there is humour, and life… What could have been a dark show is driven in fact by light.” – The Globe and Mail

TALKBACKS AFTER EVERY PERFORMANCE!
A chance to keep the conversation going after the curtain goes down.