If there’s anyone who knows how to use the study of science for the benefit of humans, it’s Lorne Trottier

Trottier has taken a passion in electro-magnetic technology he discovered at 11 years old and turned it into a multi-national company, a building on the McGill campus, two research chairs, two institutes, an observatory, and a family foundation known for its philanthropy to science and health. The Montreal native is unfailing in his love for his city. He was appointed a member of the Order of the Canada in 2006 and nominated to become an officer last November.

Yet, if you meet him, he speaks honestly about the ups and downs of entrepreneurship, the brilliant researchers he supports and the issues on which he’s changed his mind.

“When we started, there was no venture capital,” he says about Matrox, the 600-employee company he cofounded with partner Branko Matic in 1976. “What helped us is that we picked a product to develop that we were able to sell within six months. We kind of bootstrapped and grew slowly in the beginning, not necessarily by choice.” 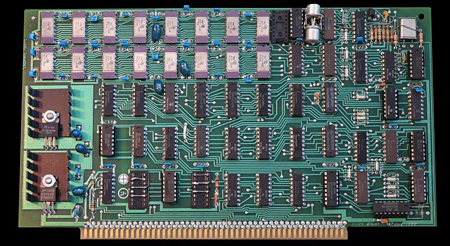 The first graphics card released by Matrox in 1978, called the “ALT-256,” was designed for
early micro-computers.

Matrox peaked in the late 1990’s and 2000s with its graphic cards, but couldn’t sustain that level of leadership over time and “kind of flamed out,” says Trottier. Still, he’s proud that the company has not only stayed in business through forty years of high technological change, but has remained flexible enough to continually develop new products that put the latest research into practical use.

“Today, we have three basic areas of strength,” he says. “With computer graphics, we’re strong in display walls and public information displays. With television production, when you watch any sports on the nightly news, sports or election results, our cards are in the bowels of what you see. We’re also strong in machine vision. The latest flavour there is deep learning and we’re getting into that via the algorithms we’re developing.”

Trottier says that he likes meeting the Matrox senior researchers to make sure that the company continues to benefit from significant technological breakthroughs.

That drive to keep current in basic science also has him funding researchers like René Doyon, who runs the Director of the Institute for Research on exoplanets at the Université de Montréal.

“René Doyon is among the world’s top research in exoplanets,” says Trottier. “He’s developed a sensitive spectrometer to be able to read the biomarkers of atmospheres around planets, including water vapor, carbon dioxide and perhaps methane or oxygen. It’s one of the instruments on the $8 billion telescope called the James Webb Telescope that will launch in the fall of 2018. They want to find earth 2.0.” 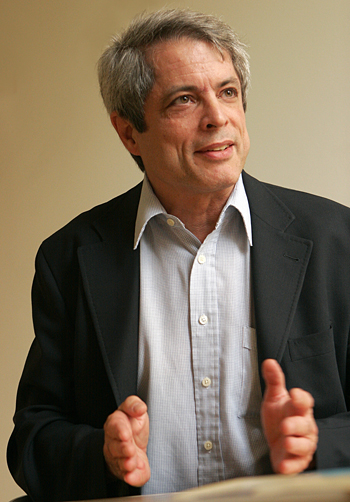 When asked about vulnerabilities, Trottier says that he’s “more of a geek and not very people-oriented,” and “very stubborn and dogmatic.” He says his attitude sometimes prevents him from appreciating public trends. When his youngest daughter was studying environmental studies, for example, he was less than enthusiastic about the issue of climate change.

“I probably said some things about those protestors that I would be ashamed of now,” he says. “Skeptic is too strong a word, but I was not convinced that there was anything beyond showmanship.”

After his daughters convinced him to take a closer look at the science behind climate change, he brought eminent scientists from around the world for a public symposium on the issue in the autumn of 2005.

What he learned turned him into one of the top funders in the field with a $15 million grant to McGill in 2011 to create two climate change research institutes. The Trottier Institute for Sustainability in Engineering and Design promotes engineering, architecture and urban planning research. The Trottier Institute for Science and Public Policy, which is run by soil-expert Tim Moore, was set up to expand the contribution of science to human welfare.

“If it hadn’t been for my daughters, I might still be on the sidelines with the climate change issue,” says Trottier. “If you have an open mind, you can change it about anything.”

The experience also wanted him to help change other peoples’ minds about science. Since 2007, Trottier has funded annual public symposiums at McGill. In the past six years, they have been held in partnership with Dr. Joseph A. Schwarcz’s Office for Science & Society. Many are webcasted and permanently available at www.mcgill.ca/science/events/trottier-symposium.

In his private life, Trottier says he’s still the same boy who began exploring technology through a ham radio set with a buddy. Only today, he’s fooling around with radio-controlled airplanes instead.