Now in its 136th season, the Boston Symphony Orchestra gave its inaugural concert in 1881, realizing the dream of its founder, the Civil War veteran/businessman/philanthropist Henry Lee Higginson, who envisioned a great and permanent orchestra in his hometown of Boston.

Today the BSO reaches millions of listeners, not only through its concert performances in Boston and at Tanglewood, but also via the internet, radio, television, educational programs, recordings, and tours.
The Boston Symphony Chamber Players, made up of BSO principals, are known worldwide, and the Boston Pops Orchestra sets an international standard for performances of lighter music. 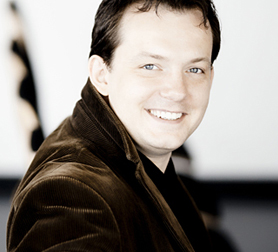 Born in Riga in 1978 into a family of musicians, Andris Nelsons began his career as a trumpeter in the Latvian National Opera Orchestra before studying conducting. He was principal conductor of the Nordwestdeutsche Philharmonie in Herford, Germany, from 2006 to 2009 and music director of the Latvian National Opera from 2003 to 2007. From 2008 to 2015, Andris Nelsons was critically acclaimed as music director of the City of Birmingham Symphony Orchestra.

The fifteenth music director in the history of the Boston Symphony Orchestra, Andris Nelsons made his BSO debut at Carnegie Hall in March 2011 with Mahler’s Symphony No. 9. He made his Tanglewood debut in July 2012, leading both the BSO and Tanglewood Music Center Orchestra as part of Tanglewood’s 75th Anniversary Gala.

Mr. Nelsons is the subject of a 2013 DVD from Orfeo, a documentary film entitled “Andris Nelsons: Genius on Fire.” 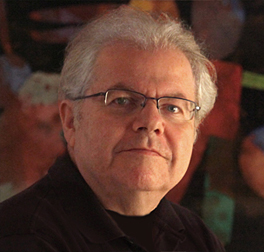 Born in Lvov, Poland, Emanuel Ax moved to Winnipeg, Canada, with his family when he was a young boy. His studies at the Juilliard School were supported by the sponsorship of the Epstein Scholarship Program of the Boys Clubs of America, and he subsequently won the Young Concert Artists Award. Additionally, he attended Columbia University, where he majored in French. Mr. Ax captured public attention in 1974 when he won the first Arthur Rubinstein International Piano Competition in Tel Aviv. In 1975 he won the Michaels Award of Young Concert Artists followed four years later by the coveted Avery Fisher Prize.

Mr. Ax has received GRAMMY® Awards for the second and third volumes of his cycle of Haydn’s piano sonatas. He has also made a series of Grammy-winning recordings with cellist Yo-Yo Ma of the Beethoven and Brahms sonatas for cello and piano. His other recordings include the concertos of Liszt and Schoenberg, three solo Brahms albums, an album of tangos by Astor Piazzolla, and the premiere recording of John Adams’s Century Rolls with the Cleveland Orchestra for Nonesuch.

Mr. Ax resides in New York City with his wife, pianist Yoko Nozaki. They have two children together, Joseph and Sarah. He is a Fellow of the American Academy of Arts and Sciences and holds honorary doctorates of music from Yale and Columbia Universities.