Canadian Centre for the Great War: bringing the 1st World War to Life

On the 4th of November, the Galerie Gora hosted an unusual art display of a dozen Belle Époque posters from the First World War. These propaganda posters were designed by celebrated French artists such as painter cartoonist Abel Faivre and painter illustrator Auguste Leroux. The event, a fundraiser for The Canadian Centre for the Great War, included a silent auction in which two of the original posters, donated by Centre founder, Mark Cahill, were  auctioned off.

“The posters we will be showing at this event have never been displayed publicly,” says Great War Centre curator Caitlin Bailey. “This will be the first time that these works will be hung so that people can see them properly.” 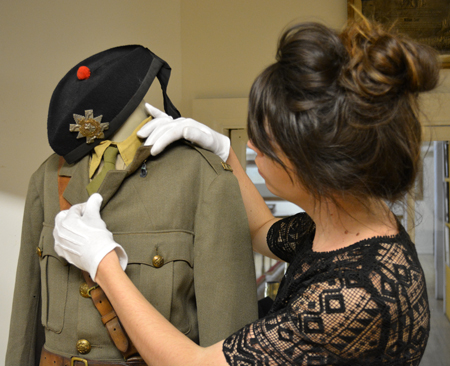 Normally, over 85% of the 45 posters in the collection lie in storage on the second floor of an office in an old factory building on St. Patrick Street where the Canadian Centre for the Great War is housed. These posters are part of the small museum’s collection of between 3,000 to 5,000 artifacts which includes hundreds of personal letters, medals, uniforms, diaries, and wooden plaques from the war that ended 98 years ago this month – artifacts sprawled in the entrance and in a circuit of five rooms upstairs in Suite 202. Touring through the Centre with curator Caitlin Bailey is a treat for anyone who wants to hear personal stories about World War I soldiers and their families.

“This is the uniform of Lieutenant Edwin Stewart Turner,” she said to a visitor recently. “He served with the 42nd Battalion, which was the predecessor of the Black Watch that still operates in Montreal today. He volunteered for the war in 1915 as a private and moved up the ranks to become a lieutenant. He survived the war and returned to Ontario, where he was from. Everything here came in one single box donated by his son.” 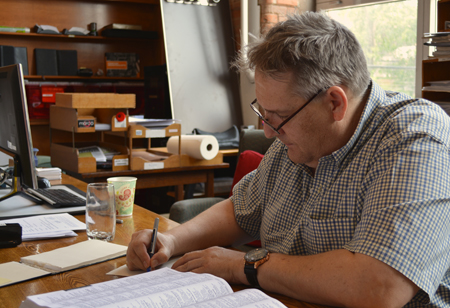 Founding collector and chair of the Board of Directors, Mark Cahill in his office.

What is unusual about the Turner collection is that it was donated. Most of the items in the Centre were gathered over several decades by Montreal businessman and Centre founder Cahill. Until he hired Bailey, he had neither the time nor the skills to display the mementos properly to the public. That dream wasn’t even something he considered until long after Bailey was first hired in 2013 to catalogue his collection part-time while she studied library science at McGill. Even then, her duties included light office work in addition to cataloguing his World War II artifacts.

As Bailey catalogued the works, however, the scope of the collection became more evident. 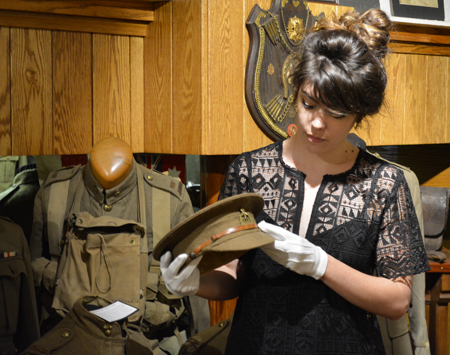 “It was getting clear that the collection was too large to be managed by a single person,” said Bailey. “I said that I’d be willing to help with that.”

The two founded a non-profit and recruited a board in June 2014, just as Bailey finished her Masters. She then began the preparations to open the collection up to the public. Charitable status was attained in January 2015, but it took another eleven months to set up the museum so that visitors could properly appreciate it. The space officially opened to the public on November 6, 2015.

Since then, Bailey has served as both curator and executive director. She overseas a part-time contractor and eight volunteers. Her passion for narrative storytelling is evident as she brings focus and emotional resonance to the varied artifacts. “The Centre focuses on the individuals of the war rather than the large events,” she said. The goal is that the work the museum is doing both attracts and resonates with a wide spectrum of visitors, including veterans, families and schoolchildren. 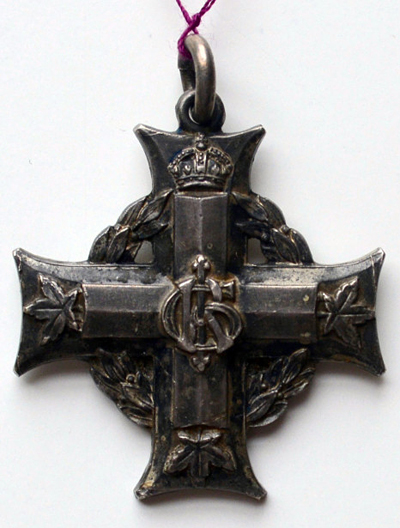 To make that happen, Caitlin has created a website (www.greatwarcentre.com) that contains photos of artifacts framed by a narrative. A recent introduction, for example, focused on a Memorial Cross.

“We featured this silver Memorial Cross, given to the mother of Private Robert Elliot of the 14th Battalion, as part of our Centennial Feature for the 100th anniversary of the Battle of Thiepval Ridge. Elliot was killed on 28 September 1916 when the battalion tried to take Kenora Trench. He was listed as missing and his body was never found.”