A trip back to the heart of Montreal’s first public market!

The year is 1750, and it’s market day. This will be the backdrop this year at Pointe-à-Callière, Montreal’s Archaeology and History Complex, setting the scene for its now famous 18th Century Public Market, which takes visitors back to the days of New France. For the occasion, merchants, entertainers, craftspeople, and natives—all in period costume—will meet at the marketplace on August 27 and 28, in the area around the Museum and in Place Royale, in Old Montreal. 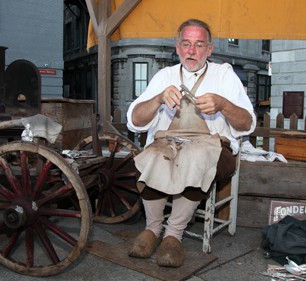 Pointe-à-Callière’s Public Market has been one of the Museum’s main events for the past 23 years now. In a family-friendly atmosphere, the area around Pointe-à-Callière is transformed into an entertaining and educational hub of historical activity. Along with storytellers, musicians, and artisans, the Public Market is host to plenty of other activities involving some one hundred figures enthusiastically re-enacting period scenes. A military regiment and a native encampment will also be part of the festivities. The Public Market also gives children the opportunity to dress up, and discover French games from the era. 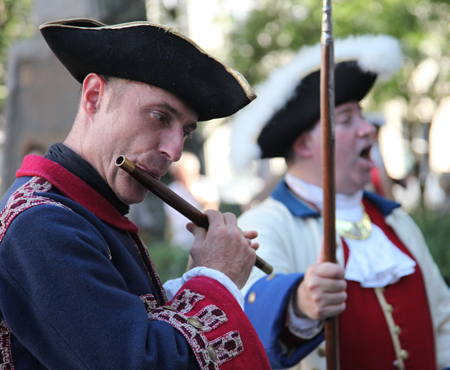 Pointe-à-Callière recreates the marketplace on the very site where it stood during the French regime. At the time, the market was held twice a week, and—in keeping with European tradition—the marketplace was the city’s main public square. That was where the bailiff would read out decrees, and where peasants, merchants, innkeepers, workers, travellers, soldiers, sailors, noblemen, middle-class citizens, and civil servants mingled to buy and sell, while discussing the news of the day and the latest gossip… Strolling musicians, street entertainers, and craftspeople also were on hand to make market day truly delightful! 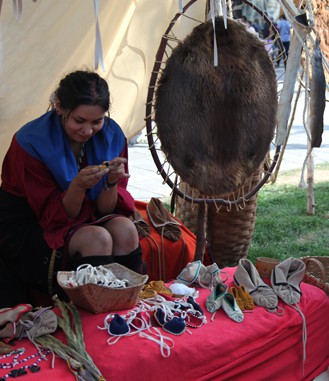 In addition to musicians and craftspeople, the Public Market will also be host to plenty of other activities involving some one hundred figures enthusiastically re-enacting period scenes. A military regiment and a native camp will also be part of the festivities.

During the Public Market on August 27 and 28, Accès Montréal cardholders can take advantage of a 20% discount on admission to the Museum. The Museum Shop is also offering a 10% discount on all items in store.