The Fantasia International Film Festival, already recognized as the most important genre-film festival in North America, is now considered a major and unique Canadian cultural institution. This commercial and critical success is due to the festival’s proven ability to showcase the best imaginative cinema from more than 30 countries; from intimate auteur films to entertaining, commercially-geared genre films.

This year’s lineup includes over 130 features – 19 World Premieres, 18 North American Premieres, and 47 Canadian Premieres! In addition, the festival will be showcasing over 300 shorts from across the globe.

Official Closing Film:
THE CANADIAN PREMIERE OF FEDE ALVAREZ’S FILM DON’T BREATHE
For the grand finale of Fantasia’s 20th anniversary edition, the festival is more than proud to present the Canadian Premiere of co-writer/director Fede Alvarez’s film DON’T BREATHE, which left audiences breathless during its ecstatic South by Southwest debut earlier this year. In DON’T BREATHE, a trio of friends break into the house of a wealthy blind man, thinking they’ll get away with the perfect heist. They’re wrong. Screening will be hosted by Alvarez himself. Sony Pictures will release the film in North America on August 26, 2016. 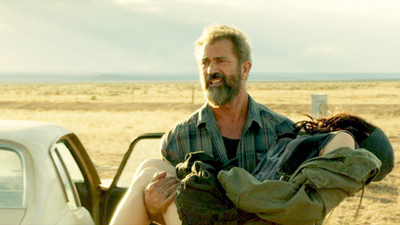 INTRODUCING THE SAMSUNG FANTASIA VIRTUAL REALITY EXPERIENCE
Whether you’re curious about this new technology or anxious to try some of the genre film experiences developed in Canada and around the world in recent months, FANTASIA, in collaboration with CFC Media Lab, Cream Productions and Woolf + Lapin, is proud to present THE SAMSUNG FANTASIA VIRTUAL REALITY EXPERIENCE. On Thursday July 21st, from 3PM to 8PM, and from Friday to Sunday, July 24th, from noon to 8PM, the Fantasia audience will have the chance to choose among a selection of 11 different viewing experiences for virtual reality technology, selected for us by the CFC MEDIA LAB. Admission is free.

RUROUNI KENSHIN DIRECTOR HAS MURDER IN MIND FOR A FANTASIA WORLD PREMIERE
Fantasia is thrilled to host the World Premiere of the fascinating sci-fi thriller THE TOP SECRET: MURDER IN MIND, adapted from the popular manga Himitsu The Top Secret. A masterful script full of surprises, flawless characterizations and top-of-the-line production values make this visually stunning work a standout. After directing the immensely popular RUROUNI KENSHIN trilogy, Keishi Otomo proves once again that he is a singular talent and it will be a pleasure to welcome him back to Montreal for our 20th anniversary edition. 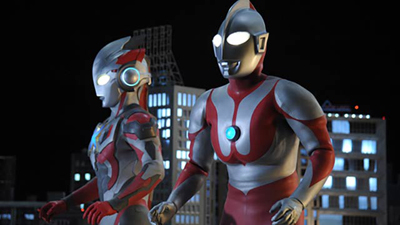 FANTASIA CELEBRATES 50 YEARS OF JAPAN’S MOST FAMOUS SUPERHERO WITH THE INTERNATIONAL PREMIERE OF ULTRAMAN X: THE MOVIE
On July 17, 1966, the first episode of the hugely popular Ultraman series was broadcast on Japanese television. On July 17, 2016, to celebrate the 50th anniversary of the birth of Japan’s most famous superhero, Fantasia will present the international premiere of Kiyotaka Taguchi’s ULTRAMAN X: THE MOVIE, the latest film from Tsuburaya Productions, featuring the original Ultraman.

THE INTERNATIONAL PREMIERE OF KIM TAE-GON’S FAMILYHOOD
Both hilarious and deeply moving, Kim Tae-gon’s extremely smart dramedy FAMILYHOOD (International Premiere) is more than just a solid piece of entertainment. Featuring an impressive cast led by the extraordinary Kim Hye-soo (COIN LOCKER GIRL), it also sparks a necessary reflection on the cult of youth and beauty in contemporary society and South Korean medias, while tackling the unfair marginalization of young single mothers. Director Kim Tae-gon (THE POT) will be hosting Fantasia’s International Premiere screening.

DOCUMENTARIES FROM THE EDGE 2016 LINEUP

THE SHOW OF SHOWS
Iceland-UK / Dir: Benedikt Erlingsson
Step right up, ladies and gentlemen, it’s perfectly okay to stare. Prepare to embark on a spectacular non-narrative journey through a century of lost circus and vaudeville arts, set to a bedazzling score by members of Sigur Rós and an Icelandic choir. A dreamy, beautiful, eerie poem of a film. Official Selection: Sheffield Documentary Film Festival 2015, Göteborg International Film Festival 2016. Canadian Premiere.

TOWER
USA / Dir: Keith Maitland
On Aug 1, 1966, Austin’s University of Texas campus abruptly became a place of horror when Charles Whitman opened fire from a clock tower. A hyper-cinematic oral history of sorts, set to an inspired combination of artfully animated recreations, newsreel footage, photographs and rotoscoped depictions of the speakers themselves, using these devices to brilliant effect, telling the story in near real-time. Winner: Best Documentary Feature, SXSW 2016. Fantasia’s screening on August 1st will be followed by a panel discussion organized by Meaghan Hennegan, survivor of the 2006 Dawson College Shooting, featuring speakers from Polytechnique, Dawson College and CTV News, with more participants to be announced shortly. 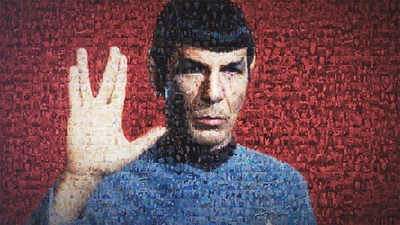 FOR THE LOVE OF SPOCK
USA / Hosted by Director Adam Nimoy
Arriving at Warp Speed to welcome STAR TREK’s 50th anniversary, FOR THE LOVE OF SPOCK celebrates the enduring series by focusing on the franchise’s most popular character and the man who played him. Narrated by Adam Nimoy, this fascinating doc offers a personal, intimate look at the life and livelihood of Adam’s late father, beloved actor Leonard Nimoy, and his iconic alter-ego, Mr. Spock. Through extensive interviews with Nimoy as well as a galaxy of family, friends, TREK colleagues and industry admirers, FOR THE LOVE OF SPOCK leaves no dilithium crystal unturned. Brimming with rare footage and a surprising candour, FOR THE LOVE OF SPOCK goes where no TREK documentary has gone before. And it’s more fun than a barrel of Tribbles.

BAAGHI
India / Dir: Sabbir Khan
Ronny has mastered the art of fighting; a skill he’ll need when he races to the rescue of a kidnapped flame in Thailand. Tiger Shroff’s intense performance shows promise of major martial-arts stardom ahead. BAAGHI is a non-stop action feast that will keep you on the edge of your seat for its whole duration. Quebec Premiere.

KILL ZONE 2
Hong Kong-China / Dir.: Soi Cheang
Thai prison guard Chai must keep Kit, an undercover Hong Kong cop, alive at any cost. An action extravaganza with some truly astounding scenes — including a prison riot that will have you on the edge of your seat! Official Selection: Toronto International Film Festival 2015.

As its twentieth anniversary arrives, Fantasia can’t forget how essential anime from Japan has been in our programming over the years, and this year we’re screening both a new, state-of-the-art anime feature (HARMONY) and an early cornerstone of Japanese animation history (MOMOTARO, SACRED SAILORS).

The Axis section this year also showcases BATTLEDREAM CHRONICLE from Martinique and NOVA SEED from Canada, two superior examples of something we can expect more of in the years to come: full feature films crafted by a single animator on a negligible budget. The quality, creativity, and charm these labours of love exude should give big studios pause… and remind fans of the medium what they love about it in the first place.

HARMONY
Japan / Dirs. : Takashi Nakamura, Michael Arias
Tuan has fled to the ends of the Earth, the edge of human civilization drastically reduced by cataclysm — and since supremely elevated by nanotech miracles. A new key work in Japanese animation from the innovative Studio 4°C, part of the Project Itoh anime trilogy. Quebec Premiere.

BATTLEDREAM CHRONICLE
Martinique / Dir.: Alain Bidard
Syanna must confront the fiercest fighters of Mortemonde, to kill the masters inside them — and the slave inside herself. Martinique’s first animated feature, a digital anime adventure on par with Japan’s best, but proudly Caribbean at heart (and it’s all the work of a single filmmaker).

THE ARBALEST
USA / Dir: Adam Pinney
The reclusive and eccentric inventor behind the Kalt Cube – the world’s most popular toy! – is opening up after a 10-year vow of silence, ready to unveil a new invention. A quirky, edge-of-your-seat character study, unfolding as the confessional of a Steve Jobs-esque inventor, THE ARBALEST is a rare thing: a vision at once fresh, hilarious, and chilling in its pitch-perfect timeliness. Winner of the Grand Jury Prize at SXSW 2016. 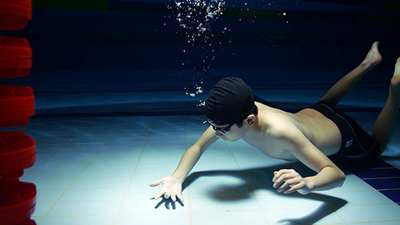