Jake Shimabukuro, one of the finest ukulele players, nicknamed “the Jimi Hendrix of ukulele”–quite simply, exciting, innovative and utterly unique! Next, with his unique finger picking style, Australian guitarist Tommy Emmanuel has been weaving extraordinary sounds for over 50 years. No surprise that the immortal Chet Atkins called him one of the world’s greatest guitarists! 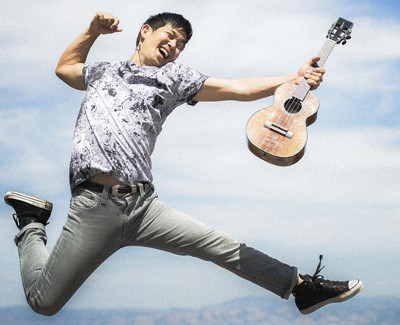 He has topped Billboard’s World Music Chart numerous times, been declared a musical “hero” by Rolling Stone Magazine, which also stated: “one of the hottest axemen of the past few years doesn’t actually play guitar.” Jake has been the subject of an award winning documentary “Jake Shimabukuro: Life On Four Strings,” currently on Netflix. Jake also travels to schools around the world and spreads positive messages to young people, encouraging them to find their passion and live drug-free. Although he is constantly touring, playing 140 shows a year, Jake and his family continue to make Hawaii their home. 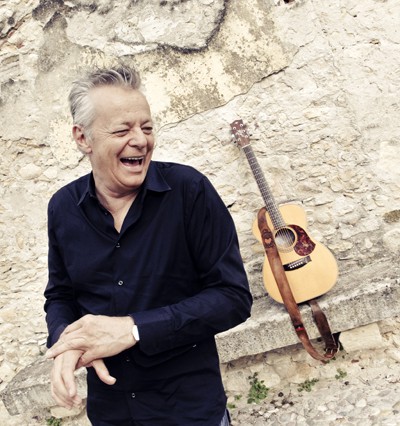 An accomplished fingerstyle player, Emmanuel frequently threads three different parts simultaneously into his material, operating as a one-man band who handles the melody, the supporting chords and the bass all at once. Destined to become a world-class musician, Emmanuel was given his first guitar at age four, and started working professionally just two years later in a family band, the Emmanuel Quartet. He was worked with the likes of Eric Clapton, Doc Watson, John Denver and even teamed up with the incomparable Chet Atkins, on a 1997 project, The Day Finger Pickers Took Over the World.

Music News Nashville says, “He shreds like Yngwie Malmsteen, plays with symphonic finesse worthy of an opera hall, and performs a slapstick number straight out of Disney’s Country Bear Jamboree handbook with equal aplomb.”  While Critical Jazz heralds, “Having long been known as an incredible live showman this often unheralded legend clearly lays down a legitimate claim to perhaps the finest “fingerstyle” guitarist over the last forty years.”