No matter how diligent one intends to be, an article on Family Law cannot be 100% comprehensive in its explanation of any given topic.

The real trouble starts when the lay person reads someone’s take on an issue and assimilates it to the gospel truth on the issue and to rely on. And, laws have a nasty habit of being modified as Society changes. Ergo, explanations must also be updated.

I recently read an article on Family Patrimony that left me somewhat perplexed. And so I thought I would draw your attention to some problems I came across.

Firstly, there still remains 3 (not 2) Matrimonial Regimes in our lovely Province, albeit no one in their right mind should want to belabour themselves with all the rules governing the Community of Property regime. And I suspect that sooner rather than later this oldest of regimes will come to a dead end when the couples who married pre-July 1970, and who did not then sign a Marriage Contract to be Separate to Property prior to (or after) their nuptials, pass away. My opinion only. 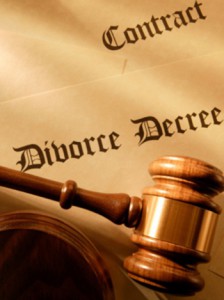 If we add in the Public Order regime of Family Patrimony, foisted on all couples who married after July 1989, or who were married but did not opt out by December 31, 1990, or who are in Civil Unions, (not to be confused with that other oft misused and erroneous term in Quebec that you all know I hate, Common Law) there are actually four “regimes” in existence in Quebec at present, but only three are subject to choice.

Secondly, words are important when discussing the specifics of each particular couple’s case, and no two are ever really the same. The notion that what “Martha” down the street got should be what “Estelle” gets is generally not the case. While you may think you know what the facts are in your friend’s case most likely you do not, and there is always that one nugget of information left out (intentionally or not) which results in a completely different outcome from your own case. And vise versa.

So when you read that the couple “owns” a property, which was (and is) actually in the sole name of only one spouse and which was acquired prior to the marriage, unless a transfer by notarial deed was actually made, the property is still only owned by one person. That does not mean that the other person doesn’t have a monetary interest in that asset if it falls into Family Patrimony. But having a claim on a value and being an owner are 2 distinct legal notions. And the spouse having the monetary claim will not usually be awarded any ownership in such a property that was owned prior to the marriage. Therefore you will receive, by judgment, but a sum of money for your claim, however you may be able to negotiate a transfer during settlement talks. I say take the money!

Thirdly, using the term “equally divided” is often misleading since there are many exceptions and rules which may warrant an unequal split of an asset. So while the intended goal of the legislation is to ensure that both spouses receive a 50/50 net split, inheritances, donations, certain debts and other factors may affect the partition. This same caveat applies to the increase in values of patrimony assets. So be sure to get all the facts before assuming what may not be legally possible.

Fourthly, “all debts” are not necessarily deductible prior to partition. If the home, which is usually a family asset, was mortgaged to finance the business of one spouse, that debt may become the sole responsibility of the spouse who took the money and it should be deducted only after dividing the value of the asset from the share that spouse will receive.

Fifthly, one of the more acrimonious and expensive debates to be had when dividing Family Patrimony can be attributed to furniture. Who bought what (keep your bills), who got what as a gift and from whom, and of course the value of these “priceless” items. Early on in practice, before Family Patrimony existed, I spent 2 hours in a settlement meeting as the parties fought over the $50.00 plastic Christmas tree! For what it cost both spouses in lawyer time they could have planted a new section in the Brazilian Rainforest. Unless you own Rembrandts – move on. No Judge wants to hear you arguing over the cutlery and frankly neither do your lawyers. Make a list of belongings in each room of each house. Suggest what you want and try to work it out. Or have a “you pick/I pick” method of partition until all is divided. Don’t fight over the wine, drink it!

For your own sanity, pre and post marriage talk about everything regularly. If you can’t; (or worse won’t) do yourselves a favour and don’t tie the knot; at the Alter or in your stomach.

Me Hammerschmid is a practicing Family Law Attorney since 1982 and Senior Partner at Hammerschmid & Associates, 1 Westmount Square, Suite 1290; and a founding and current member (past Secretary for 28 years) of the Family Law Association of Quebec. She can be reached at 514-846-1013 or hammerschmid@vif.ca. Inquiries treated confidentially.
A frequent guest inn CBC TV/Radio, CTV and CJAD on Family Law; Me Hammerschmid is a monthly guest with Dr. Laurie Betito on CJAD’s Passion, on the last Thursday of each month. She and her dog Mac are members of Therapeutic Paws giving joy to the less fortunate. © 2016 Linda Hammerschmid, Westmount.