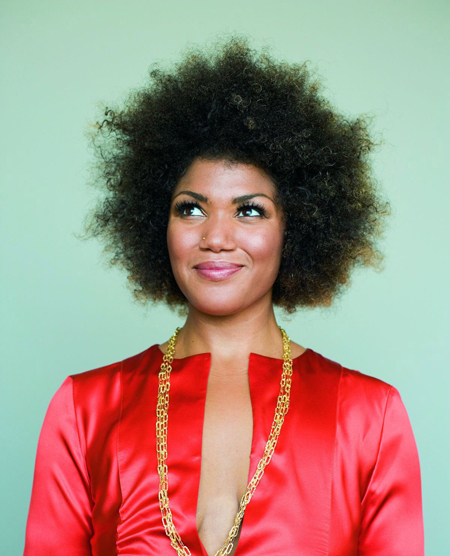 In the February issue of The Montrealer, we introduced the Montreal Chamber Music Festival’s Celebrity Series of concerts that provide a lead up the Festival which runs in earnest from June 3 to 19. Each concert is a musical event; and we’ll provide our readers with an overview of the artists and their concerts. This month we’ll provide introduce you to more of the featured artists in both the TD Jazz series and the Classical performers.

Tickets are already selling well for a stellar concert that will feature Canada’s superstar soprano and Juno Award-winner, Measha Brueggergosman, whose versatile and dynamic performances are immensely popular with audiences around the world. Measha will be joined by former Canadian Brass member, the virtuoso trumpeter Jens Lindemann for Golden Voices on Thursday, June 9 at 8pm at Pollack Hall in a sparkling evening hearkening back to the legendary collaboration between Kathleen Battle and Wynton Marsalis. 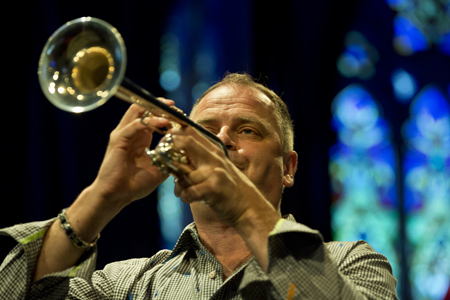 Trumpeter Jens Lindemann will join forces with Measha Brueggergosman at McGill’s Pollack Hall on June 9 and 10.

More great jazz will be heard the next night on Friday, June 10 at 8pm at Pollack Hall as Measha Bruggergossman and Jens Lindemann return to join legendary pianist and band leader Tommy Banks in an evening of Spirituals. Wrapping up the TD Jazz series on Friday, June 17 at 8pm at Pollack Hall is the ever-popular world-renowned clarinetist Paquito d’Rivera, returning to the Festival, this time with his own quartet for A Night in Havana. With his inimitable Cuban style, the 14-time Grammy winner makes every concert a joyous happening.

The heart of the Festival remains the great classical repertoire, performed by today’s finest and most profound interpreters. Festival favourite – and nine-time Grammy winners – the Emerson String Quartet, universally acclaimed as one of the best string quartets in the world, presents an all-Schubert evening on Saturday, April 30 at 8pm at Salle Bourgie, including the glorious and majestic Quintet in C, joined by the Festival’s own Denis Brott on cello. 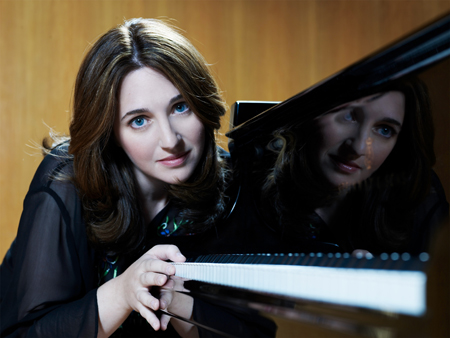 More Schubert will be performed on Saturday, June 11 at 8pm at Salle Bourgie when clarinetist Alexander Fiterstein performs the exquisite Shepherd on the Rock with brilliant pianist André Laplante and soprano Aline Kutan. The young Israeli sensation will also be joined by exceptional colleagues including violinists Andrew Wan and Giora Schmidt, violist Barry Shiffman, and cellist Denis Brott for Mozart’s Clarinet Quintet as well as colourful Klezmer selections.

On Wednesday, June 15 at 8pm in Pollack Hall, the Festival welcomes the celebrated American pianist Simone Dinnerstein to perform her acclaimed interpretation of Bach’s Goldberg Variations. Her 2007 recording of the timeless masterwork took the classical world by storm with an interpretation deemed a “compelling performance” making use of “a level of coloration beyond the palette Bach knew.” (The New York Times) The concert on Thursday, June 16 at 8pm at Pollack Hall presents a unique opportunity to hear the cello played by the legendary Pablo Casals. Israeli cellist Amit Peled, the privileged artist who plays on the 1733 Matteo Gofriller cello, presents the Montreal premiere of Five Pieces on Folk Themes by Russian composer Sulkhan Fyodorovich Tsintsadze, and Casal’s own Song of the Birds, as well as majestic chamber works by Mendelssohn with Ysaye Quartet violist Miguel Da Silva and the Fine Arts Quartet. 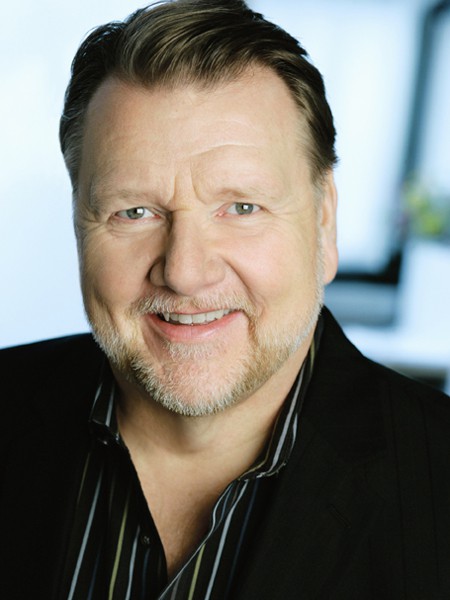 On Sunday, June 12 at 3pm at Pollack Hall, the Festival will present its first-ever commission, a world premiere composed by Canadian Opera Company composer-in-residence Dean Burry and based on Montreal-born author Mordecai Richler’s classic children’s tale Jacob Two-Two Meets the Hooded Fang. Adapted by writer Jacob Richler (the original Jacob Two-Two himself!) and scored for chamber septet by Burry, the new work is narrated by tenor great Ben Heppner.

For more information about the Celebrity Series, the Festival program and the TD Jazz Series, please visit: www.festivalmontreal.org