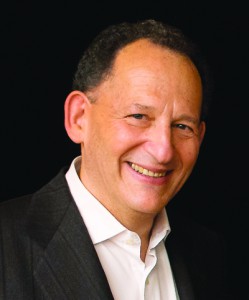 The Montreal Chamber Music Festival is considered to be one of the finest of its kind in the world. A look at the celebrated classical and jazz musicians that founder Denis Brott is able to attract artists such as a The Emerson String Quartet and The Preservation Hall Jazz Band attests to the Festival’s reputation. It celebrates the intimate art of chamber music in all its forms, presenting world-class performers in concert and uniting established artists with emerging talent from around the world. The Festival performances create unique experiences for musicians and public.

The 2016 theme Connected To The World! Focuses on music’s power as a universal language “to connect national identity, audience and performer in memorable expressions of human emotion”, as described by Founder and Artistic Director, Denis Brott. The 21st Festival Season will present 14 concerts in some of Montreal’s finest concert halls.

World‐renowned 2016 Festival artists include the Salzburg Marionette Theatre in their first performance in Montreal since 1954, organist Cameron Carpenter featuring the International Touring Organ in his premiere Montreal appearance, the Emerson String Quartet, the Fine Arts String Quartet, tenor Ben Heppner and baritone Joseph Rouleau as narrators, soprano Measha Brueggergosman, pianist Simone Dinnerstein , jazz stars Oliver Jones and Paquito d’Rivera and many others. In 2016, the Festival continues its exploration of artists from Israel with pianist Alon Goldstein, clarinetist Alexander Fiterstein and cellist Amit Peled; whose concerts are supported by the Azrieli Foundation, the Sir Jack Lyons Foundation and the Consul General of Israel in Montreal. The Montrealer will be providing our readers with information about the Festival, beginning this month with the Celebrity Series of concerts that will take place on February 23, March 29, April 30 and June 3.

The Salzburg Marionette Theatre begins the Celebrity Series with two performances on February 23 at Place des Arts’ Cinquième Salle at 1pm and 8pm. Founded in 1913 in Salzburg, Austria, and one of this historic city’s proudest traditions, the Salzburg Marionette Theater travels internationally, presenting its charming shows for all ages. Their faithful adaptation of the Broadway favorite The Sound of Music by Rodgers and Hammerstein is full of musical favourites – from Do Re Mi to My Favorite Things to Climb Every Mountain. This will be Salzburg Marionette Theatre’s first appearance in Montreal since 1954. The afternoon show will be a benefit performance for SOS Childrens’ Villages. Tickets are available at the Place des Arts box office; $37.59 for the afternoon show and $37.59 and $70.49 for the 8pm show. 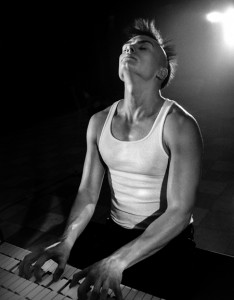 March 29 will be the Quebec premiere of the extraordinary and audacious American organist, Cameron Carpenter featuring the International Touring Organ at Théâtre Maisonneuve, Place des Arts. The “extravagantly talented” (The New York Times) Carpenter has generated a level of acclaim, exposure, and controversy unprecedented for an organist.

Renowned for his virtuosity, showmanship, technique and arrangements for the organ – as well as his own digital International Touring Organ – Carpenter occupies a unique place in today’s classical music landscape. “No other musician of Carpenter’s generation has more adeptly fused shrewd showmanship, dazzling technique and profound thinking about his instrument and his place in the musical cosmos,” says The San Francisco Chronicle. Carpenter’s performance will include works by Bach, Barber, Wagner and more at Places des Arts Théâtre Maisonneuve. Tickets range from $32.99 to $81.98.

Festival is once again delighted to host the Emerson String Quartet on Saturday April 30. The quartet is universally acclaimed as one of the best string quartets in the world. Their unparalleled list of achievements over three decades includes more than thirty acclaimed recordings and nine Grammy Awards. The quartet will be joined by the Festival’s own Denis Brott, cello, for Franz Schubert’s Quintet in C. Schubert composed the Quintet in 1828, revolutionizing the art of writing for strings with this symphonic sounding, lush, and glorious work.

This concert will take place at the Salle Bourgie, Montreal Museum of Fine Arts at 8pm. Tickets are available at The Salle Bourgie box office for $58.83 (including taxes). 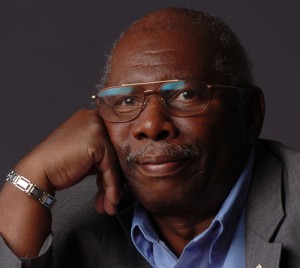 Friday, June 3 features a special retirement tribute to Montreal’s beloved jazz pianist Oliver Jones as he takes his final bow from the Festival’s concert stage. Oliver has appeared multiple times with us over 21 years, to the delight of our audience. This concert not only marks Oliver’s final concert at the Festival as he takes his retirement : it will also unite him with artists he has nurtured over his decades long career and bring him together with colleagues, friends and fellow performers. Pianists John Rooney and Daniel Clarke Bouchard will join singer Ranee Lee, guitarist Richard Ring, violinist Josée Aidans and Oliver’s faithful companions bassist Eric Lagacé and percussionist Jim Doxas will celebrate Oliver’s career. At age 81 we salute you Oliver! Happy retirement. This special event will take place at Salle Bourgie and tickets (including taxes) are $58.83.

For more information about the Celebrity Series, the Festival program and the TD Jazz Series, please visit: www.festivalmontreal.org