The Nuit blanche à Montréal is one of our greatest winter pleasures—and no wonder! In one extravagant dream of a night, fans can participate in over 200 activities, most of them free, on a starry night of fun set to illuminate the city in every sense of the word. This lucky 13th edition will certainly be no exception, with an added little je ne sais quoi thanks to this year’s theme, Red, which will be showcased in myriad ways at all the sites and venues spread out over 3 quartiers and 2 pôles. As always, this Nuit belongs to everyone, big and small, young and old alike, with something for every taste, style and approach, all while re-discovering the beautiful city we thought we knew so well. 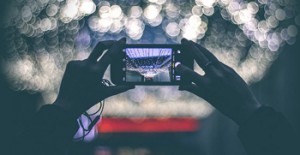 With so many activities on the menu, it’s hard to know where to start! The MEL free outdoor site is one sure bet: with its incredible array of activities spread out over the Place des Festivals, the Place des Arts esplanade, the Promenade des Artistes and Ste. Catherine Street. The party will run practically around the clock because the site opens at noon, meaning you can start your “night” off in daylight! Also, fans will want to return again and again over the course of the event(s), for the entertainment on hand, and to take advantage of the energy-boosting delights served up by the many Gourmet Pit-stops on the site. The action rolls continuously until 3 a.m.—ARTLUX interactive installation presented by Bell (enabling fans to create digital artworks projected live using self-illumination!) and L’îlot de chaleur (Island of Warmth, the first piece unveiled from among the upcoming Illuminart interactive technological installations, a bonfire of bulbs that flashes to life and activates under the effect of human body heat!), as well as the RBC Zip-line, the super Milk Urban Slide and the Mini-Slide for kids. At 8 p.m., the party kicks off on the RBC Stage, the projection-spectacle-event Elvis Gratton Picture Show. The dance floor will heat-up thanks to DJ Lebaron (Aim party) (9 p.m.) and Alexi Delano (11 p.m.). Also, don’t forget one of this year’s major new features—the Nuit blanche will not close out the festival as it usually does, because the schedule for this edition of MONTRÉAL EN LUMIÈRE has been extended to include the extra Winter Break week, allowing everyone to enjoy the outdoor site even longer!

La Nuit blanche to the max
Organizers of the Nuit blanche and the STM have thought of everything to keep the party rolling! The Métro will remain open all night for the occasion (with regular fares) and a free shuttle service (13 shuttles, 4 circuits and 58 stops) will run every 10-15 minutes from 8 p.m. to 3 a.m., linking all the activities and the neighbourhoods of Vieux-Montréal, the Quartier des spectacles and Centre-ville and Plateau-Mont-Royal et Mile-End.

Design your own Nuit blanche…
Here’s a little glimpse of the vast programming that awaits us all… Choose from among the 11 categories below or opt for our new suggestions for themed itineraries: montrealenlumiere.com/CircuitNb.

The Centre for Sustainable Development suits up for hockey! Fans can score goals against climate change and even win a hockey jersey, or pose on the red carpet alongside threatened Canadian symbols like the polar bear, or major ecologists like David Suzuki and Steven Guilbeault! Soham Yoga will be dolled up in red and lit solely by candles, offering yoga classes with live music. The Olympic Park’s Sports Centre invites you to its floating Wibit playground, marathon guided yoga sessions or Aqua Zumba classes.

Visual arts
At the Théâtre MainLine, the Festival Art Matters invites you to its PROM! Dress up in your wildest outfits and dance the night away with a special bonus offering of performances and art installations from every genre! Espace Projet will amaze guests with original collective work that allows you to create an original cast of part of your body and imagine the way genetic and technological innovations can influence the future of humanity.

Film
On the Place des Festivals, head right over to the NFB #GIFnTAKE! It’s a new experience that places participants—solo or in a group—front and center in an animated film—and you get your own GIF to show everyone afterwards! The Montreal International Documentary Festival and the Canadian Centre for Architecture are delighted to announce the highly-anticipated return of their YouTube Battle!

The tournament—16 teams facing off, armed with their most hilarious YouTube videos—will be followed by a DJ set. NOMAD Nation offers a multi-sensorial African immersion with the Grand Prix Focus of its 44th edition (Le cœur de Madame Sabali, with commentary from director Ryan McKenna) and a dance floor pumping with irresistible rhythms from Africa and elsewhere.

Light
In the Otto Maass Chemistry Building in McGill University, we’ll be talking about light… literally: you’ll learn everything about the relationship between light, chemistry and colour in a series of scientific demonstrations.

This is just a glimpse of the activities of the 13th Nuit blanche à Montréal.