Coppélia
by the Shanghai Ballet

A Tale of Romance and Magic

Franz, a young man from a Polish village, falls madly in love with Coppélia, a young beauty he has seen in Dr. Coppelius’ workshop. Furious and jealous, his fiancée—Swanhilde—sets off to meet this mystery woman and breaks into the secret workshop, a place of mysteries and enchantment. 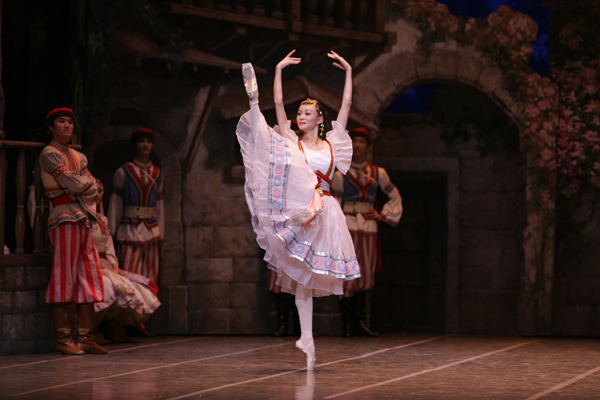 Coppélia was an outstanding success upon its first presentation in Paris, nearly a century ago, and it has been met with unfailing enthusiasm ever since.

Acclaimed French choreographer Pierre Lacotte, makes his adaptation of Hoffman’s tale as classic as can be: pantomime, mazurkas and character dancing set the pace for this fresh and humorous ballet. Set to Leo Delibes’ beautiful score, this work will be presented by the Shanghai Ballet, which will be performing in Montreal for the very first time. Famous for the beauty and the grace of its ballerinas, this young Chinese company unveils all its technical strength in one of the most classical French ballets of all time!

ABOUT THE SHANGHAI BALLET
Since its founding in 1979, the Shanghai Ballet has impressed with the talent and perfectionism of its dancers, many of which have shined in various international dance competitions. The Shanghai Ballet is active in cultural exchange with both local and international artists and companies. The company not only tours nationwide but has also graced the stages of many countries and regions, including the U.S.A., U.K, Canada, France, Spain, Norway, Australia, New Zealand, Japan, Korea, Indonesia, Singapore, Thailand, Finland, Hong Kong, Macao and Taiwan.

Beginning an hour before each performance, spectators are invited to pre-show talks. These exciting half-hour talks are a rare opportunity to gain insight on the work presented. Each pre-show talk will be hosted by journalist Shelley Pomerance who will share anecdotes on the production’s creative process, inspiration, music and costumes. A great way to start the evening

Purchase a ticket at the cost of $5 at Place des Arts ticket office counter. Admission is free for Les Grands Ballets subscribers. Please note that for individual ticket holders, both the performance ticket and the pre-show talk ticket will be required at the entrance.

For more information on the 2015-2016 season, please visit: www.grandsballets.com/en/