Infinithéâtre’s annual free play reading series, now in its 10th year, returns with 4 plays including the prize winners from this year’s Write-On-Q!

Every year Infinithéâtre proudly presents Quebec’s newest discoveries in The Pipeline, an annual series of free public play readings where the audience takes centre stage. Guy Sprung, Infinithéâtre’s artistic director, invites the public to be part of the excitement of The Pipeline’s 10th year, and to share their views from Thursday, December 10 – Sunday, December 13 at the beautiful Rialto Theatre’s Infinite Studio. On offer will be the three winning plays from the 8th annual Write-On-Q! playwriting competition along with one of the finalists.

The Pipeline gives the public a unique opportunity to voice their opinions and directly influence Montreal’s cultural landscape through lively talkback discussions – an important part of any play development – following each reading. Providing invaluable input for the playwrights, talkbacks allow the audience to address questions or issues that the text generates in a relaxed, open forum with the authors, directors and actors. Recent Write-On-Q! / The Pipeline successes include Progress! by Alyson Grant, and Oren Safdie’s Unseamly (New York Times critics’ pick).

Honesty Rents By The Hour

Directed by Matthew Jacobs
Three unlikely bedfellows meet at a motel for a ménage-à-trois: Chantal, a married, part-time receptionist from St-Eustache; Danny, a young McGill student who is emphatically bisexual and incidentally Jewish; and Pinchas, a Hasidic bachelor from Outremont. Their planned evening of casual sex becomes waylaid however by the confrontation of prejudice, the questioning of identity, and the intrusion of violence. Indeed, the longer the sex is delayed, the less casual it becomes, and the more starkly the trio must consider whether they have come to the motel to briefly escape their true selves or to be who they really are. With Catherine de Sève, Howard Rosenstein and Jonathan Silver 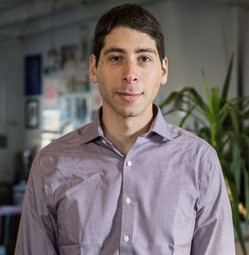 Michael Milech
Michael has previously had plays produced as part of the NotaBle Acts Theatre Festival in Fredericton, New Brunswick, where he received an MA in Creative Writing from UNB. He has also studied acting at George Brown Theatre School in Toronto, and he has worked at the Segal Centre for the Performing Arts in Montréal, where he grew up. “It’s doubly tough for a new writer to get a play to the stage when you’re doing work in English with Québec sensibilities. Good thing there’s an app for that, so to speak…  I’m honoured to be working with Infinithéâtre to put this play in front of a Montréal audience, which is where it belongs.”

Directed by Ellen David
Set before the first Referendum on Easter weekend in the West Island of Montréal, Burning Tongues deals with familial dysfunction, alcoholism and betrayal. Elise, a married woman with family in Ontario, has just lost a lot of weight, in fact, a whole person.  On the order of her therapist, she returns home to uncover what happened to the family’s Québecoise maid Danielle, who disappeared suddenly. Dealing with her challenging sister, her ultra-religious mother and her acerbic father becomes an ordeal as she tries to unravel the truth beneath the truth, not overeat, and decide where her allegiances lie. 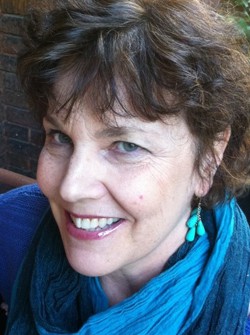 Louise Arsenault
Louise Arsenault is a Montréal playwright, poet and visual artist who teaches English literature at Dawson College.  She has an MA in Creative Writing from Concordia and is a graduate of The National Theatre School in Playwriting. Productions include Bivouac (Imago Theatre); Innerspeak (Queen Street Theatre); and Dating Jesus (Unwashed Grape). Her play Strange Fire is presently being workshopped at Playwrights’ Workshop Montréal. “I am very thrilled Write-On-Q! and The Pipeline exist to provide a much-needed outlet for English Québec playwrights old and new. Hopefully what one can take away from my play Burning Tongues is that in healing family wounds, first you must face them in order to forgive and move forward.”

Directed by Oren Safdie
lunch hour – Henry, a disillusioned architect and recent father of twins, meets Alex, a dissatisfied dental hygienist with two fully-grown daughters. The two share the same lunch hour, and a rather innocuous friendship begins. But once they graduate from eating at the counter to sharing a booth, things start to spin out of control.  Can they fight off their natural impulses and preserve the institution of marriage? Or will their carnal appetite and need for danger and excitement sink them into the abyss?  Lunch Hour is an eye-opening humorous look into the anatomy of an affair. It’s a play for every person with kids who’s ever thought about straying from their marriage. With Alon Nashman, Claudia Besso, Patricia Sommerset, Jennifer Moorehouse and Carlo Mestroni 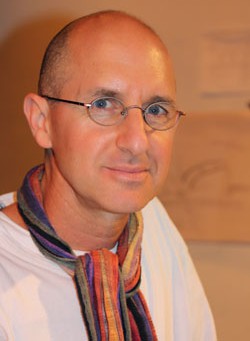 Oren Safdie
Born and raised in Montréal, Oren Safdie is a playwright-in-residence at La MaMa, and helmed the Malibu Stage Co. where the off-Broadway/London hit Private Jokes, Public Places debuted. His next play, The Last Word also moved off-Broadway, starring Daniel J. Travanti. Other productions include Unseamly, Checks & Balances, West Bank, Jews & Jesus, and La Compagnie, which he developed into a pilot for CBS. As a screenwriter, Oren scripted the film You Can Thank Me Later starring Ellen Burstyn, which won the Grand Jury Prize at the Newport Film Festival; and the Israeli film Bittersweet. He teaches playwriting at the University of Miami.

“Infinithéâtre has become my de facto theatre home, and keeps me writing a new play every year. This blind competition, the true democracy of theatre, takes out the politics and lets the best plays rise to the top. The fact that I’ve come in second place three years running only makes me hungrier for next year.”

Directed by Guy Sprung
It’s been 30 years since Annie, an uptight Katharine Hepburn-type, and Mal, a flamboyant Hollywood actor whose career has sunk into B-movies, have seen each other. The former best friends – and current arch-enemies – cross paths at a friend’s funeral. Leaving the cemetery, both wind up stranded in a middle-of-nowhere train station, and soon drift into an acerbic, funny and angry conversation about life and death, love and hate, hopes and disillusionment, and even a few warm memories… until a long-buried dark secret resurfaces, forcing them to finally face the painful truth at the root of their shattered friendship.
With Joanna Noyes and Noel Burton 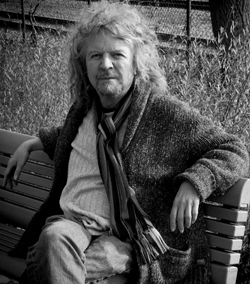 Leopold St-Pierre
Leopold St-Pierre has extensive writing experience in Canada, US and UK network television, with over 900 hours of produced films and TV projects, while also working extensively as a ‘script doctor’ for Promark, BBC and HBO. In the past few years, he has focused primarily on writing plays. He has been involved in projects with, among others, Charlotte Rampling, John Hurt, Sir Andrew Lloyd Webber and Sir George Martin. He is currently working on The Mask of Sanity, a 4-character play about a chance encounter with a serial killer one late night in a remote bar. “Plays with some depth, humanity and ‘asking bigger questions’ don’t need to shy away from being fun and entertaining.  My central goal as a writer is to wrap deeper human issues, conundrums and philosophies in the fun, entertaining and comical.”