On the heels of Queen Mary 2’s first-ever “Jazz at Sea” Transatlantic Crossing with Blue Note Records, Cunard has announced that Grammy® Award-winning singer and songwriter, Gregory Porter, will be headlining the third Blue Note jazz-themed Transatlantic Crossing on October 25, 2016. Porter delighted fans with his powerhouse performances in the Royal Court Theatre during the first, October 29 Jazz at Sea Crossing. During the voyage, Porter spoke about Queen Mary 2’s intimate venues and about how the rhythm of water inspires his music. 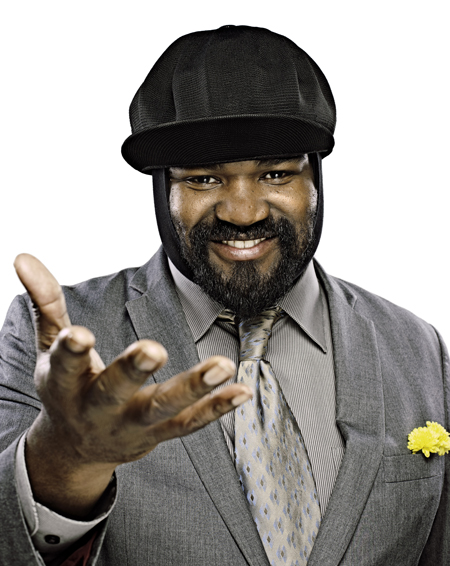 Described by The New York Times as “a jazz singer of thrilling presence, a booming baritone with a gift for earthy refinement and soaring uplift,” Porter signed to Blue Note Records in 2013 and recently took home his second Jazz FM award for “International Jazz Artist of the Year.” Porter is widely known for his third studio album, Liquid Spirit, which won the 2014 Grammy for Best Jazz Vocal Album and reached top 10 on the UK album chart.

“Having sailed across the Atlantic with Cunard for the first time, I realize what a unique and exciting travel experience the transatlantic crossing was and I’m thrilled to headline one of the Jazz at Sea voyages next year,” said Gregory Porter. “It was inspiring to be on board Queen Mary 2 with some of the greatest minds and musicians in jazz and to meet music fans from around the world.”

“The Jazz at Sea experience was one of the greatest experiences of my life,” said Don Was, president, Blue Note Records. “Matching up Blue Note Records and Cunard was a stroke of genius. Market research shows that both brands are continually recognized for excellence and integrity, and the Blue Note brand offers a ‘cool’ vibe as well.”

During the first-ever Blue Note “Jazz at Sea” Transatlantic Crossing, lounges and public spaces were transformed to jazz destinations in the evenings where Blue Note artists were met to packed houses in the Chart Room, G32 and Illuminations. Q&A sessions provided a more intimate and informal setting for guests to learn more about the artists, their influences and backgrounds, and where Porter demonstrated the words that moved him in impromptu a capella performances.

“We are delighted that Gregory Porter will join us again in 2016,” said Richard Meadows, president, Cunard, North America. “Cunard and Blue Note Records share a deep connection with over 200 combined years of experience in our respective industries, and we are excited to continue to deliver stimulating, celebrated and significant entertainment for our guests.”

This special Transatlantic Crossing will also feature other noteworthy jazz musicians that will soon be announced.

For more information about Queen Mary 2 or to book a voyage, contact your Travel Consultant, call Cunard toll free at 1-800-728-6273, or visit www.cunard.com.