The cast and creators of the hit NBC TV series, Undateable, warm up for a third season with a live appearance at Just For Laughs ComedyPRO, Thursday, July 23 at 4 pm in the Grand Salon Opera, Hyatt Regency Montreal. In attendance will be stars Chris D’Elia, Brent Morin, David Flynn, Rick Glassman, Bianca Kajlich, and Bridgit Mendler along with creator, Adam Sztykjel, and executive producers, Bill Lawrence (Scrubs, Cougar Town, Spin City) and Jeff Ingold (Scrubs). With its focus on live telecasts and name guest stars, Undateable has reinvented the sitcom for the 21st Century. The series was recently handed a third-season renewal, making it the longest-running scripted comedy currently airing on NBC. Undateable focuses on a group of close-knit friends who are this close to finding relationships. 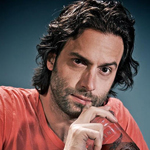 He’s a star: D’Elia currently can be seen starring as Danny on NBC’s comedy series Undateable, which was recently picked up for a second season.
He has fans everywhere: Chris recently completed his first multi-city, cross-country standup tour, “Under No Influence.”
He’s special: Chris’s most recent special Incorrigible was released on Netflix this past April.
He does TV: D’Elia’s other credits include Comedy Central’s Workaholics, TBS’ Glory Daze and Showtime’s Live Nude Comedy. 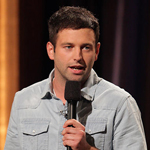 He’s on TV: Brent Morin can be seen on the hit NBC series UNDATEABLE which is now in its second season. He can also be seen this season on episodes of Brooklyn 99, The McCarthy’s and Ground Floor.
He’s a quick learner: After Brent’s memorable set at the “Just For Laughs” New Faces show, Brent quickly began to make a name for himself with appearances on Chelsea Lately, Conan and Comedy Central.
He’s in the top ten: Brent was named one of “Variety’s Top Ten Comics To Watch” 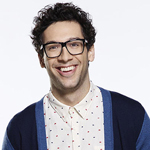 He’s on TV: in critically acclaimed comedy series Always Sunny in Philadelphia (think: Charlie Day and Danny DeVito) and playing Burski on the soon to be aired Undateable
Humble Beginnings: started performing comedy in Cleveland, Ohio and after an unsuccessful tour of local comedy clubs, coffee shops and community theater short-form improvisation shows, packed up and moved to Los Angeles.
He’s got opinions: he thinks John C. Reilly’s Oscar snub for 2008’s Step Brothers is the greatest crime ever purported on the American movie-going public