Heir to The Daily Show, Trevor Noah hosts July 23 on the Place des Arts stage. This is your chance to see comedy’s hottest new host, with special guests Jeff Ross and Hasan Minhaj. 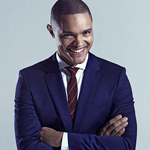 He’s the man of the hour: Trevor Noah was recently chosen to become the next host of the Emmy® and Peabody® Award-winning “The Daily Show” on Comedy Central.
He makes history: He made his U.S. television debut in 2012 on “The Tonight Show with Jay Leno” and has also appeared on “Late Show with David Letterman,” becoming the first South African stand-up comedian to appear on either late night show.
He can be serious: Noah was the subject of David Paul Meyer’s award-winning documentary film “You Laugh But It’s True” which tells the story of his remarkable career in post-apartheid South Africa.
He’s popular amongst royalty: Recently, Noah performed for the Royal Family at the Royal Variety Performance.
He’s everywhere: Noah was featured on the October 2014 cover of GQ South Africa and has been profiled in Rolling Stone, Newsweek and The Wall Street Journal, and by CNN and NPR’s “Talk of the Nation.” He was nominated for “Personality of the Year” at the 2014 MTV Africa Music Awards. 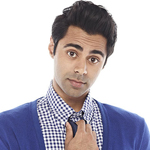 He’s politically savvy: Hasan is the newest correspondent on the Emmy and Peabody award-winning program ‘The Daily Show with Jon Stewart’.
He is well-traveled: Hasan hosted the documentary special ‘Stand Up Planet’ produced by The Bill and Melinda Gates Foundation, where he set off on a quest to find some of the best humor coming from corners of the developing world.
He’s a big deal: he was recently selected by the Sundance Institute to develop his solo show and feature film at the prestigious New Frontier Storytelling Lab. 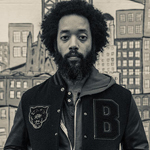 He knows politics: Wyatt Cenac is a NY-based stand-up comedian, actor, and writer, best known for his work on The Daily Show with Jon Stewart, where he was a correspondent and writer for five years.
He’s a hit: Wyatt can next be seen in David Cross’ film Hits, which premiered at Sundance earlier this year. 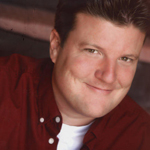 He’s a TV regular: Mark has been featured on John Oliver’s New York Stand-Up Show (Comedy Central), The Late Late Show with Craig Ferguson (CBS), Funny As Hell (HBO), and Just For Laughs: All Access (The Comedy Network). Mark can currently be seen on Joke or Choke (CTV).
He’s on the silver screen: Mark appears in the 2015 film No Stranger Than Love with Alison Brie, Justin Chatwin and Colin Hanks. 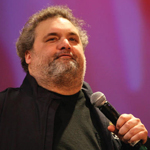 He’s man of many talents: From stand-up to sketch comedy to movies, TV and the biggest radio show in the world, Artie Lange has done it all in the comedy world.
He’s hardworking: Lange performed his first stand-up comedy routine at 19 years of age. He took up work as a longshoreman to help support his family.
He’s a bestselling author: Lange co-wrote, with Anthony Bozza, the book “Too Fat to Fish” in 2008, which entered The New York Times Best Seller list at number one.