Think you know Sir Patrick Stewart? Think again. From Extras to the Ted franchise, to the upcoming Blunt Talk series, Sir Patrick Stewart is showing us that the comedy world is no match for this acting icon. Miss him and his lineup of amazing comedians like Kyle Kinane, Jim Breuer, Russell Howard, Sebastian Maniscalco, and Gina Yashere, and you will miss out. That’s some blunt talk for you… 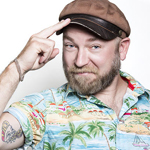 He’s special: Kyle’s new special “I Liked His Old Stuff Better” debuted on Comedy Central in January, 2015.
People listen to him: Kyle can be heard as the voice of Comedy Central, and in various animated programs such as: Bob’s Burgers, TripTank, and Adventure Time. His voice will also be featured in the upcoming stop-motion animated comedy film Hell & Back alongside Mila Kunis, TJ Miller and Brian Posehn. 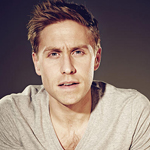 He’s got personality: Russell Howard is a comedian and television personality best known for hosting Russell Howard’s Good News and Mock The Week.
He’s a nice human: He cycled with Jimmy Carr across Scotland for the 2010 Sport Relief Bike Ride in an attempt to raise one million pounds for charity. 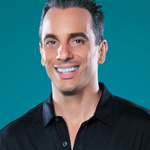 He’s a hard worker: Priding himself on a work ethic his father instilled in him when he began working at the age of 8, Sebastian made his first dime as an altar boy at funerals during his lunch break to contribute to the family.
Late Night loves him: Television appearances on The Late, Late Show with Craig Ferguson, Lopez Tonight, Conan and The Tonight Show with Jimmy Fallon are ongoing for Sebastian. 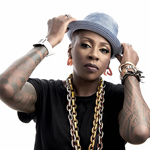 She wins awards: Gina picked up her 4th award in a row for Best Female Comedian at the recent Black Entertainment & Comedy Awards in the UK.
She’s a psychic: Gina became known in the US for her regular, hilarious appearances on The Tonight Show with Jay Leno as Madame Yashere, The Surly Psychic. 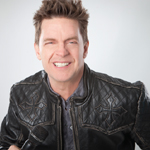 He worked in comedy clubs around the country for several years before becoming a regular on the New York comedy club circuit.
In 1995, Jim joined NBC’s “Saturday Night Live,” becoming best known for his impression of actor Joe Pesci.
His Comedy Central special,”Let’s Clear the Air” ranked  as one of the highest rated comedy specials on on the network.