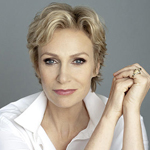 She’s a TV star: Jane was featured in the Golden Globe and SAG Award winning Ryan Murphy television series Glee on FOX as the one-liner powerhouse coach Sue Sylvester. Some of her other recent television credits include the STARZ series Party Down, Lovespring, a Lifetime original series, Desperate Housewives and Weeds as well as the last season of The L Word opposite Cybill Shepherd.
She’s decorated: With her magnificent comedic timing, Jane has earned herself an Emmy Award for Outstanding Supporting Actress, a Golden Globe Award for Best Performance by an Actress in a Supporting Role, and a SAG award nomination for her role as Sue Sylvester on Glee.
She’s got a golden voice: Jane has also taken her acting chops to the world of animation in the upcoming Disney/Pixar feature Wreck-It Ralph, Ice Age: Dawn of the Dinosaurs, Space Chimps, Alvin and the Chipmunks, The Cleveland Show, The Simpsons and Shrek Forever After.
She’s a great host: Jane is the host of NBC’s newest game show hit, Hollywood Game Night, produced by Sean Hayes and Todd Milliner.
She’s also a movie star: Jane has a long list of film credits to display her acting talents, which includes The Three Stooges, Paul, Julie & Julia, The Post Grad Survival Guide, Brownie Masters, Christopher Guest’s For Your Consideration, A Mighty Wind and Best in Show, as well as Role Models, The Rocker, Spring Breakdown, Walk Hard, Talladega Nights, The 40 Year Old Virgin, Margaret Cho’s Celeste and Bam Bam, Alan Cumming’s Suffering Man’s Charity, Lemony Snicket’s A Series of Unfortunate Events, Sleepover, Surviving Eden, and many more. 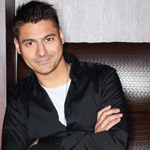 He breaks records: Since 2003, Danny has regularly been the top- selling box office comedian in his hometown of Edinburgh, but in just a few years he has also broken ticket records at festivals in Australia and New Zealand.
He’s got talent: Danny Bhoy began stand up in 1998. A year later, he won The Daily Telegraph Open Mic Award, Britain’s biggest competition for comedy newcomers. In 2001, he took his first full length solo show to the Edinburgh Festival, where, within a week, he had sold out his entire three-week run.
He’s a festival-goer: Since 2003, Danny has made annual appearances at all the major comedy festivals around the world. His first solo show at the Melbourne Comedy Festival was described as a “stunning debut by one of the finest observational comics around.”
He also does TV: The success of Danny’s live work has led to various TV appearances on high- profile national Australian TV shows such as Rove Live, The Glasshouse, and several Melbourne International Comedy Festival Galas. 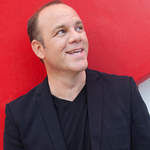 He’s a veteran: With more than 20 years as a stand-up comedian, Tom Papa has found success in film, television and radio as well as on the live stage.
He does film: and was featured Chris Rock’s film, Top Five.  You can see Tom in the new FOX series BOOM! in the summer of 2015.
He’s got a sweet podcast: Tom is host of the hit SiriusXM show, Come to Papa, which airs on channel 99.  The weekly, hour-long program features either extended interviews with comedians, including Mel Brooks, Ray Romano, Carl Reiner and Jerry Seinfeld, or features Tom hosting a live, scripted radio play featuring top comedians playing roles or performing, all backed by a live band led by virtuoso jazz pianist, Helio Alves.
He’s on TV: Personally chosen by Jerry Seinfeld, Tom hosted the NBC series, The Marriage Ref, which ran for two seasons.   Tom had a recurring role opposite Julia Louis-Dreyfus on the CBS series, The New Adventures of Old Christine and starred in his own NBC series, Come to Papa. He can also be seen alongside Clive Owen in Steven Soderbergh’s, The Knick, on Cinemax. 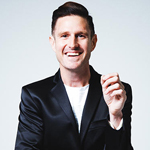 He wins awards: Since 2008 Wil has been the host and executive producer of Australian Broadcast Company TV’s highest rated program “The Gruen Transfer series” – a role that saw him nominated for a Gold Logie in 2010, and also won Best Entertainment Show at the AACTA awards in 2011. His show GoodWil was awarded a Fringe Award for Best Comedy during the Adelaide Fringe Festival, and enjoyed a sell-out 21-night run at the prestigious 1600-seat Princess Theatre during the Melbourne International Comedy Festival where it received a five-star review from the Herald-Sun.
He’s inspiring: Gruen has spawned the spin-offs Gruen Nation, the sports themed Gruen Sweat and Gruen Planet. In 2013 Wil returned to host a series of Gruen Nation and Gruen Planet which was once again the number 1 entertainment show on the ABC network, a record fifth year in a row. In 2012 Gruen Planet was nominated for a Logie, and in May 2013 Gruen Sweat won the prestigious Rose d’Or, Europe’s equivalent of the Emmys.
He ends on a good note: To cap off 2013, GoodWil was nominated for a Helpmann award (Australia’s Tonys) for live comedy performance. This is a record-breaking fourth nomination in a row. 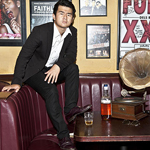 He’s got street cred: Ronny opened for Dave Chappelle and Bill Burr on their separate national tours of Australia in 2014 and 2015 respectively, and he made his US television debut on the Late Late  Show in 2015.
He’s pretty popular: In 2014 Ronny was one of biggest selling comedians at the Melbourne International Comedy Festival where he won the Directors’ Choice Award.
He’s cultured: Ronny was born in Johor Bahru, Malaysia, raised in New Hampshire, MA USA and Singapore. He then moved to Australia for college, where he currently resides.
He’s a genius: In 2009, Ronny graduated from the University of Melbourne with a Degree in Commerce and a Degree in Law. 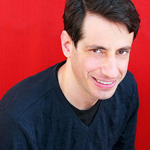 He’s got talent: Dan had a killer run on this season’s America’s Got Talent, having been the only comedian to be voted into the semi-finals.
He’s brainy: Dan began performing stand-up comedy several years ago in law school!
He’s a late-night regular: He has had fequent appearances on the Late Show with David Letterman, The Tonight Show, Late Night with Conan O’Brien and the Late Late Show with Craig Ferguson.
He’s a real winner: He is also known to his fans as the “real winner” of NBC’s Last Comic Standing 2 a few years back, where he was the favorite of celebrity “judges” Drew Carey and Brett Butler.