Our Breakout Comedy Star of the Year, Ellie Kemper, is riding high on the overwhelming success of her Netflix comedy The Unbreakable Kimmy Schmidt. In fact, she is riding right into the duties of Gala host on the Place des Arts stage. From The Office, to Bridesmaids, to Kimmy Schmidt, Ellie Kemper’s career has been on fire since she was named one of Variety magazine’s “10 Comics to Watch”, so take this unique opportunity to see a rising star in action! She will be performing July 24, 9:45pm, at Place des Arts. Ellie’s lineup includes the hottest comics around- Michael Che, Pete Holmes, Reggie Watts, Chris Hardwick, Margaret Cho and Debra DiGiovanni. 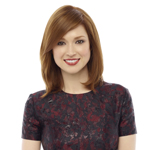 She’s a star: Ellie Kemper is the star of the Netflix series UNBREAKABLE KIMMY SCHMIDT, produced by Tina Fey and Robert Carlock (30 ROCK).
She’s been around the circuit: She portrayed ‘Erin Hannon’ on the last 5 seasons of THE OFFICE and has a recurring role on THE MINDY PROJECT.
She also does movies: Ellie co-starred in BRIDESMAIDS and her other credits include 21 JUMP STREET, IDENTITY THIEF, THEY CAME TOGETHER and SOMEWHERE. 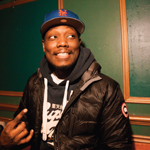 He’s well reputed: Che was named one of Rolling Stone’s “50 Funniest People”
He’s quite the anchorman: In September of 2014, Che made his debut as the newest co-anchor of Saturday Night Live’s iconic “Weekend Update” segment where he is also a staff writer for the show.
He’s a champ: He was crowned the winner of the New York’s Funniest Stand-Up competition at the 2012 New York Comedy Festival. 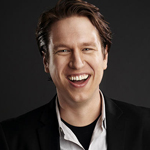 He’s on TV: Pete has appeared on numerous TV shows such as Conan, The Tonight Show Starring Jimmy Fallon as well as his own late night variety program on TBS, The Pete Holmes Show.
He’s weird: Pete has a podcast called “You Made It Weird” where he gets other comedians to share their ‘secret weirdness’ on-air. 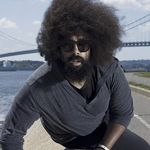 He does improv: Reggie Watts is an internationally renowned vocal artist/ beatboxer/ musician/ comedian whose performances are 100% improvised.
He’s critically acclaimed: LA Weekly crowned him ”the most wildly inventive new talent of the past five years” while New York Magazine hailed Reggie as “Spectacularly original,” and the LA Times praised Reggie is “a superstar.”
He’s a fan favorite: Reggie is currently the bandleader on CBS’s Late Late Show with James Corden 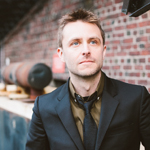 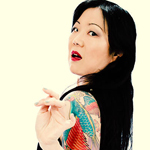 She’s a big deal: Margaret has three Grammy Award nominations for Best Comedy Album of the Year under her belt.
She’s a really good person: Margaret has been widely recognized for her work in the non-profit sector, lending her name, time and tireless work ethic to several charities, especially those involving gay rights and anti-bullying campaigns. 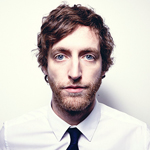 He’s a TV star: Thomas Middleditch can currently be seen starring as the lead character in Mike Judge’s critically acclaimed HBO series, SILICON VALLEY. His other credits include NBC’s television series THE OFFICE as Dwight Schrute’s brother.
He’s naturally funny: Thomas is a regular performer at the Upright Citizens Brigade Theatre and is a member of THE IMPROVISED SHAKESPEARE COMPANY improv group. He also regularly creates and performs comedy shorts with College Humor. 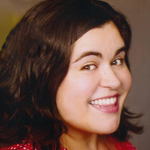 She’s the best: Comedian Debra DiGiovanni has been awarded the Canadian Comedy Award for best female comic for the third time in 5 years.
She’s a JFL regular: Debra’s a favorite at the Montreal Just for Laughs Comedy Festival, and will be attending in 2015 for the 10th time.
She’s a local legend: Debra has become a nationwide favorite on the hugely popular Much Music show ‘Video On Trial’.