Most recently, Mitch has become more famous for his central role in of the acquisition of Cirque Du Soleil, where he is now Chairman of the Board; in addition to his position at Caesars. He is also the newest Dragon on L’Oeil du Dragon, the French-language version of the hugely popular Dragon’s Den, where he hopes to help create a bridge between Anglo and Francophone business communities. I recently met with the human dynamo that is Mitch Garber at his office overlooking Montreal’s iconic intersection at Peel and Ste-Catherine.

“I grew up in a duplex at the edge of Snowdon and Hampstead, surrounded by people with money. Frankly – I was jealous. I know you’re not supposed to be – but as a kid; you want what you don’t have. I wanted a back yard, a basement – like the other kids that I knew. The drive that I had in my early business career was fuelled by those boyhood emotions.”

Mitch Garber now enjoys a luxurious lifestyle with his wife and two sons, enjoying the financial rewards of his many business successes. At the same time, Mitch is a generous philanthropist, and he and Anne-Marie also give generously of their time to many non-profit foundations. He’s come a very long way from being the kid who longed for a backyard.

Mitch also separately credits his late father and his mother for part of his success. “My father was a brilliant, self-educated entrepreneur. He was one of the first restaurateurs to offer home delivery with his Pizza Pan pizzas. He encouraged me to get an education, and more specifically to become a lawyer. We were very close, and he was a great father in ways that are not common. He wanted me to have the formal education that would give me the tools he lacked.”

Mitch’s father had business success early in life, and became a millionaire in his 20s. Unfortunately he lost his fortune and was bankrupt in his early 30s. “My Dad was as courteous to a cashier in a restaurant as he was to a senior executive. He treated everyone with respect.” Mitch pauses during our conversation; “After a financial loss, my father took his own life in his early 40s. It was two weeks before I graduated from law school in Ottawa.”

“I was a ‘young’ twenty-four, and I grew up overnight. If anything – I was even more driven. My parents were divorced, and my Mom was a great help to me. She had always encouraged me to work – even as a young teenager.” 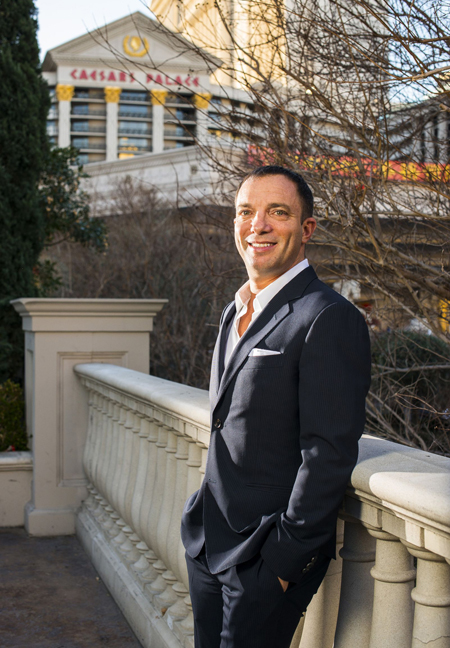 In an odd twist of fate – the passing of his father opened the door for Mitch to meet the woman he would marry. “You’re supposed to study and write the bar exams in the city and province where you studied, which would have been Ottawa for me. However, you can switch locations with another bar student. I took out an ad in the Quebec Bar publication, offering a modest amount for someone to change places with me. Fortunately – someone agreed to take my place in Ottawa and I took his place in Montreal. There was young woman sitting at the next desk. I quickly appreciated that she was very smart, and already could see that she was very attractive. I soon knew that Anne-Marie was ‘the one’. We married and have two terrific sons.”

“Cookie Lazarus took me into his law practice, and I learned a lot about the gaming business. When the internet started to open up all kinds of business opportunities in the late 90s, I was in a position of having a solid knowledge of the gaming industry and an understanding of the internet. I was exactly in the age of the internet boom of electronic commerce. I was involved with in the start-up of Total Net; a business to process credit card transactions.”

“I was gaining momentum, and I credit my Mom, Cookie and my Total Net partners as my mentors – and helping me to get my momentum going.”

“Because of my knowledge of electronic commerce and the gaming industry, I had an opportunity to move to the UK and work in the online gaming industry – which was still very new.”

It was in during the family’s time in England that Mitch became involved in large-scale philanthropic activities. “I love giving money away. As Canadians, we have already been born lucky to live in a safe and wealthy country. I do live a life of luxury, and I believe that we should help others who are less fortunate. I was always disgusted by wealthy people who were not philanthropic.”

“When I was in the UK, I had just started to accumulate my first wealth. As the CEO of a large corporation, you are invited to fundraisers. It met Mikhail Gorbachev at an event where he was raising money for a pediatric cancer centre in St. Petersburg. We got to know each other; and I made a decision to support him. Even though we no longer live in Europe – I’ve maintained that commitment to the Raisa Gorbachev Foundation.”

In a similar set of circumstances, Mitch met Elton John and agreed to support his foundation into AIDS research. “This was long before he started working for us in Las Vegas,” he quipped.

“Anne-Marie and I are a team – and she brings a lot to the organizations we support. In addition to being a fine attorney, she has a Master’s degree in Board Governance, which can be very useful in providing focus and guidance.”

While living in the UK, Mitch was invited to address the House of Lords. “I had an expertise in legal questions on jurisdictional tax law concerning e-commerce. At the time they were evaluating new legislation to regulate this new type of business, and they sought out my expertise.” Always a confident and effective communicator, Mitch nevertheless admitted; “It was an important speaking engagement – while I was somewhat apprehensive, I quickly realized that most of them were normal people. Just very, very successful. I also addressed the Canadian Senate when they sought advice about pending legislation for the electronic gaming industry.”

I asked if he ever pinches himself – to see if this is all really happening. “Every day” Mitch responds. “I have four billionaires on my Board, including Mark Cuban, owner of the Dallas Mavericks NBA franchise. I’ve learned that no matter how successful you are – there will always be someone with more money and greater success – and that’s ok.”

An avid sports fan – Mitch is prepared to play a role in bringing major league baseball back to Montreal. “The first thing is that Major League Baseball has to make a team available. Montrealers have shown their interest, and the Mayor is all for it. If MLB makes a team available – I’ll help to bring a team to Montreal. That would include being an investor.”

“Denis Coderre is fantastic – I like him a lot. He’s great for the city – he’s our Elvis! I’m getting to know him better, and we agree that we want to go see The Expos.” 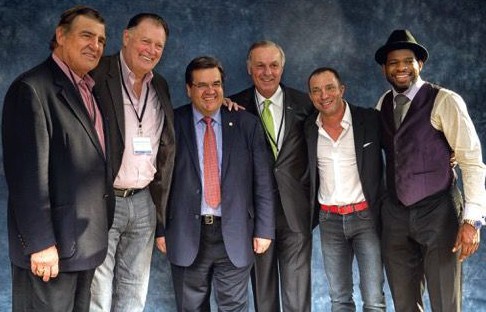 On the topic of Cirque du Soleil. “I have great admiration for Guy Laliberté and his accomplishment with Cirque. I also am on the Board of his One Drop Foundation. Guy began the process of selling through Goldman Sachs, and I knew about it. I brought some investors together, and it worked out for everyone. As Chairman; I’ll oversee their investment. Montreal will continue to be the headquarters. There aren’t many other cities in the world that could have attracted the talented performers and appreciated their shows as Montreal audiences have done since the beginning.”

Mitch Garber is making a positive contribution to Montreal’s business community. However he is equally appreciated for his philanthropic commitments to organizations that help people less fortunate.

Mitch Garber and Anne-Marie Boucher philanthropy at a glance