Formed in Texas, in 1969, ZZ Top comprises guitarist and lead vocalist Billy Gibbons, bassist and co-lead vocalist Dusty Hill, and drummer Frank Beard. Since the release of the band’s debut album in 1971, ZZ Top has become known for its strong blues roots and humorous lyrical motifs. ZZ Top’s album Eliminator, released in March 1983, featured “Gimme All Your Lovin’“, “Legs” and “Sharp Dressed Man“. ZZ Top contributed a song, “Doubleback“, and appeared as a hillbilly band in the wild-west dance scene in the 1990 movie, Back to the Future Part III. ZZ Top was inducted into the Rock and Roll Hall of Fame in 2004. 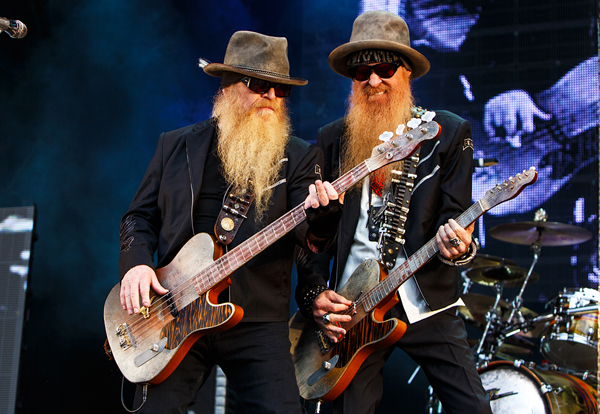