They appear in theatres and concert halls across Canada, and from 2007 to 2012 they headlined the Canadian Snowbird Extravaganza concert series, both in Canada and the United States, returning again in 2013 / 2014.

They have appeared frequently at the Just for Laughs comedy festival, most recently in the 2008 edition, and they can often be seen on CBC television and the Comedy Channel in shows compiled from those appearances. Their Christmas CTV special “Two Nuts Roasting on an Open Fire” was nominated for a Gemini award.

They perform at special events, such as fund raisers, annual dinners and awards galas for clients all across the country. In 2013 they received a standing ovation at the Ontario Association of Chiefs of Police Annual Conference.

They have written and performed in many theatre shows, including 2008’s “The 25th Century Belongs to Canada,” and “The 4 Anglos of the Apocalypse,” a comic perspective on the last 30 years of politics in Quebec, from 2006. These were collaborative works, written and performed with film-maker and humorist Josh Freed, and award-winning cartoonist Terry Mosher (Aislin). Their Musical “The Paris of America,” ran for seven sold-out weeks at Montreal’s Centaur Theatre in 2003. Previous shows, including the smash hits “Blokes” and “Blokes Deux.”

In 2003 they collaborated with Terry Mosher to produce “The Illustrated Canadian Songbook”, which comes with a companion CD.

Colorectal Surgeons around the world are familiar with them through the song “Working Where the Sun Don’t Shine”, which was first heard on “Madly Off In All Directions” in 1997.

They have recorded with Supertramp’s Rick Davies, and with Katrina and the Waves. They also recorded a song with the late Blair and Gary MacLean, Canada’s legendary “MacLean and MacLean.”

They have recorded 12 CDs on their own “You Guys” label, and four for Montreal’s Justin Time label.

Bowser and Blue provided the music for the NFB animated film “Scant Sanity,” by John Weldon, and for the TV show “Misguided Angels.” The instrumental guitar music for that show, “Red Guitars,” is what you hear in the auditorium between shows at B&B concerts. 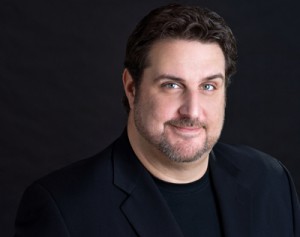 Montreal’s own Joey Elias began performing comedy in 1992 after losing a pool hall bet to a friend. His loss was the comedy world’s gain. Since his humble beginnings on amateur night stages, Joey has appeared in no less than 12 Just For Laughs Festivals and the 2004 and 2006 Just For Laughs Cross Canada Tour. In 2004 he also ventured to Afghanistan, for the first time, to entertain Canadian troops stationed overseas. From stage to screen, Joey has appeared in several films including “The Art of War”, “Redeemer”, “The Wool Cap” with William H. Macy and “The Day After Tomorrow” with Dennis Quaid.

In regards to his comedy career, Joey made his 12 appearances at Montreal’s International Comedy Festival “Just For Laughs”. His three gala performances have been televised on the CBC, and can still be seen on The Comedy Network. Joey has appeared on his very own 1 hour Canadian National TV special “Comedy Now!” and was also the host of CBC’s “All Access Pass” from the 2004 & 2005 Just For Laughs Festival. Joey now travels worldwide headlining and making numerous TV appearances. From the Middle East, to the US, Joey traveled across Canada in 2004 and 2006 as part of the “Just For Laughs Cross Canada Comedy Tour” and has traveled to Afghanistan in 2004 and 2007, to entertain the Canadian troops stationed in Khandahar and Kabul. His latest project is his first DVD entitled “Douchebag!” with partial proceeds of all sales going to his very own charity that he started in 2006. 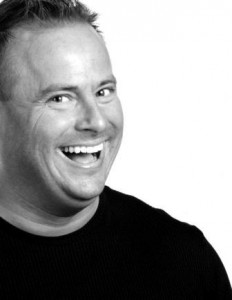 Sébastien Bourgault: With thousands of performances in French all around Quebec, Sebastien Bourgault started off with only five words in English less than two years ago. Now he has broken into the English side in a big way playing to packed comedy houses all over. Performing numerous shows at the 2012 and 2013 Just for Laughs festivals, he has even performed at none other than Los Angeles’ famous comedy clubs, the Comedy Store and the Hollywood Improv!! His humorous background and side-splitting humour allow him to make a real connection with his audiences. Let yourself be transported into the energetic and LOL world of Sébastien Bourgault!