Presentation of the concert 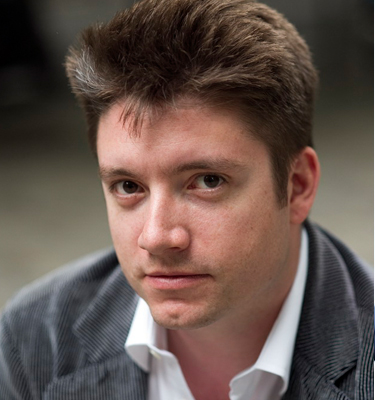 Nathan Brock is emerging as one of the most talented and versatile conductors of his generation well regarded for his “ferocious intensity” (Chronicle Herald, Halifax) and his “deeply felt interpretations” (La Presse, Montreal).

Brock recently completed his tenure as Resident Conductor of the Montreal Symphony Orchestra where he began as assistant conductor in September 2009. In recognition of his artistic contributions to the orchestra he was promoted to Resident Conductor in the spring of 2012 and his contract was extended through the 2013-14 season. In his five seasons with the orchestra he conducted over 100 performances making his subscription week debut in April 2010 and collaborating with artists such as Maxim Vengerov and Stephen Hough.

In 2014 Brock had his acclaimed Parisian debut with l’Orchestre National d’Ile de Franceand soloist Juliette Hurel. He was immediately re-engaged to perform a special concert with the orchestra in June 2015 for the opening of Paris’ new Philharmonie de Paris concert hall, and a full concert series in the 2015-16 season. In addition to returning to Paris, in 2014-15 he will make his debut with the Victoria Symphony, Thunder Bay Symphony and Orchestra London, as well as returning to the Montreal Symphony as a guest conductor in two programs, one collaborating with soloist from the OSM in Pierrot Lunaire and the other sharing the stage again with soloist Maxim Vengerov. Additionally, his special relationship with the National Ballet of Canada, which began with a jump-in performance of the Nutcracker in December 2011 will continue with several performances in Toronto as well as touring to Ottawa’s NAC and to the Lincoln Center’s Koch Theater in New York.

Formerly, he held a position at the Hochschulefür Musik und Theater Zürich as assistant conductor to Johannes Schlaefli, teaching assistant and conductor of the opera program. Deeply committed to music education, he has served as director of the youth orchestra of Ostschweiz, worked with the Toronto Symphony youth orchestra and given master classes at McGill University and to youth orchestras throughout Montreal. In 2015 he will lead the Glenn Gould School orchestra at the Royal Conservatory in Toronto. Recently, he led the Jeunesses Musicales du Canada’s production of La Boheme. Equally dedicated to new music, Brock has given 3 world premiers and programmed dozens of contemporary works during his tenure in Montreal. 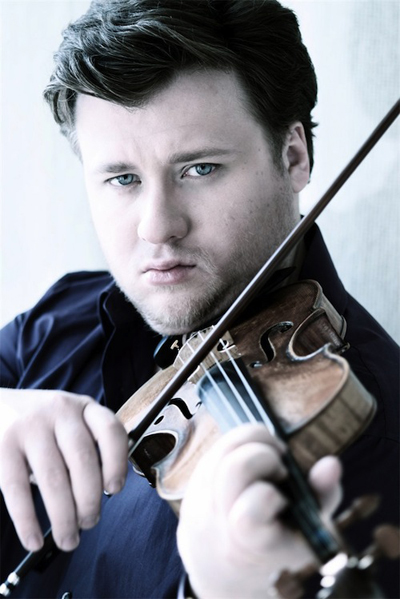 Andrey Baranov studied at the St Petersburg State Rimsky-Korsakov Conservatoire and at the Conservatoire de Lausanne. His teachers have included Lev Ivashchenko, Vladimir Ovcharek and Pavel Popov, though he considers his most important teacher to be the renowned French violinist Pierre Amoyal. Andrey Baranov has performed at such world-famous venues as the Concertgebouw in Amsterdam, the Great Hall of the Mozarteum, the Circle Theatre in Beijing, Cadogan Hall in London and the Tchaikovsky Hall in Moscow. He is the lead violinist of the Camerata de Lausanne ensemble.

At the age of twenty-three, Baranov was appointed assistant to Professor Pierre Amoyal at the Conservatoire de Lausanne, since then he has also given master-classes. In 2011 Andrey was a guest leader with the MusicAeterna orchestra under Teodor Currentzis, and since 2012 he has been first violinist of the David Oistrakh String Quartet which was founded the same year. The musician performs the “Huggins” Antonio Stradivarius violin, on loan to him from the Nippon Music Foundation. Andrey Baranov has been a prize-winner at over twenty international violin competitions including the Benjamin Britten and Henri Marteau Competitions. In 2012 he was awarded 1st prize at the Queen Elisabeth Competition in Brussels.