Many of our readers first saw The Beatles in 1964; gathered around the television on Sunday night to watch the Fab Four from Liverpool make their first North American appearance on the Ed Sullivan Show. After Elvis – The Beatles were the next step in rock ‘n’ roll music that changed popular music forever. Songs were then created by the groups who performed them. Live performances had to take place in arenas and even outdoor stadiums to accommodate the demand for tickets. 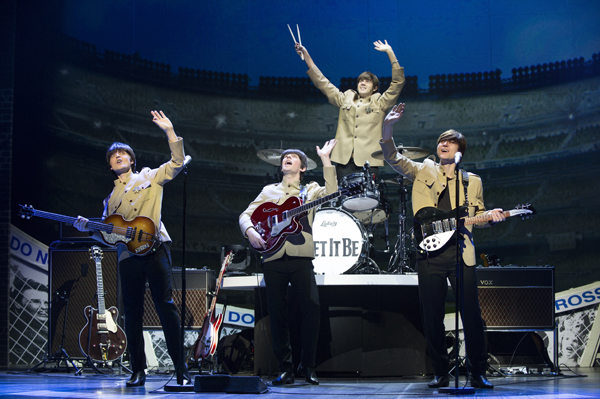 LET IT BE is a Broadway-style musical following the musical history of The Beatles,
including their performance at Shea Stadium in New York
Photo by Paul Coltas

The music of The Beatles defined a generation, captured the hearts and ideals of millions, and now Canadians will be able to relive the memories with a high quality musical that has earned rave reviews. Direct from London’s West End and Broadway the international hit show, LET IT BE – A Celebration of the Music of The Beatles, will make its debut in Canada, with limited engagements across the country, starting in January.

LET IT BE musically charts the band’s meteoric rise from their humble beginning in Liverpool’s Cavern Club through the height of Beatlemania, and on to their later studio masterpieces.

Packed with over 40 of The Beatles’ songs, including Hard Day’s Night, Day Tripper, Sgt. Pepper’s Lonely Hearts Club Band, Twist and Shout, Get Back, I Wanna Hold Your Hand and Strawberry Fields, the tour will stop in Montreal for one night only. Rubin Fogel has booked the show for Friday, February 6th in Salle Wilfrid Pelletier at Place des Arts.

“For those who love the Beatles,
this show is about as good as it gets”
…The Telegraph, UK 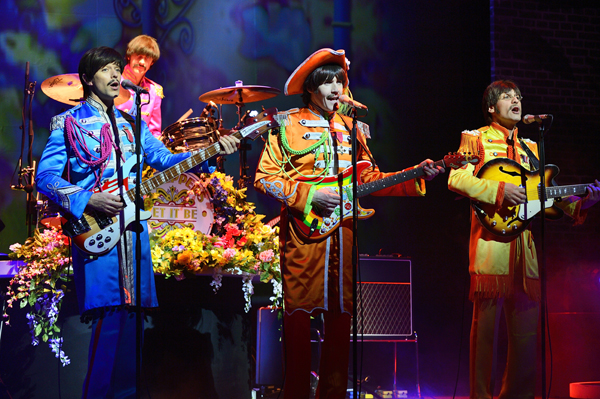 Recognized as one of London’s West End’s most popular running shows, LET IT BE opened at the Prince of Wales Theatre in September 2012, followed by a year-long run at the Savoy Theatre (Jan. 2013 to Feb. 2014) and the Garrick Theatre from July to October of this year. Plans are underway to return in 2015. LET IT BE also performed a limited engagement on Broadway in 2013. Having attracted 800,000 fans worldwide, LET IT BE continues to draw sellout audiences everywhere they go. Recent tours included Germany, Japan, Russia, France and the U.K.