Sugar Sammy is a phenomenal box office draw in Montreal and throughout Quebec. He co-stars and co-writes a successful French-language television show, and is the French-language advertising spokesperson for the Apple iPhone.

Like many parents who worked hard to give their children a solid education in the hopes that they could become a professional – Sami Khullar’s parents wanted their son to become a doctor. Instead, he became Sugar Sammy – a one man entertainment juggernaut who is setting new attendance and box office records wherever he goes. Billboard Magazine has named Sugar Sammy as the top grossing Canadian tour in 2014.

I recently met with Sugar Sammy in the dressing rooms beneath the stage on L’Olympia, the theatre where he began his record-breaking series of Your Gonna Rire shows in February 2012. “The original idea was to do a show on my birthday, February 29th.” A show! One! Since then, Sammy has sold over 250,000 tickets for 100 plus shows at L’Olympia – making him the highest grossing artist to appear in the funky and intimate 1,500-seat theatre on Ste-Catherine east. It’s an ideal venue for his stand-up comedy show that involves banter with the audience.

Sammy is enjoying every minute of his Montreal appearances, where provincial and municipal politicians provide ample inspiration for his routines. “It’s Quebec – you never know what’s going to happen – it’s only Monday!”

He goes on to explain why he is savouring this extended Montreal run, punctuated with sorties to cities throughout Quebec with his French-language show, En Français SVP. “I used to spend about 10 months on the road, coming home for maybe a week at a time. The shows at L’Olympia and in Quebec have enabled me to enjoy life with my family and friends here in Montreal.” Indeed, when Sammy and I first met in 2011, he spoke about performing 5 shows in Paris; then flying to Malaysia for several shows in Kuala Lumpur and then stopping off in Dubai for a couple of private appearances. All this within a period of just two weeks – and performing in English, French, and Hindi! 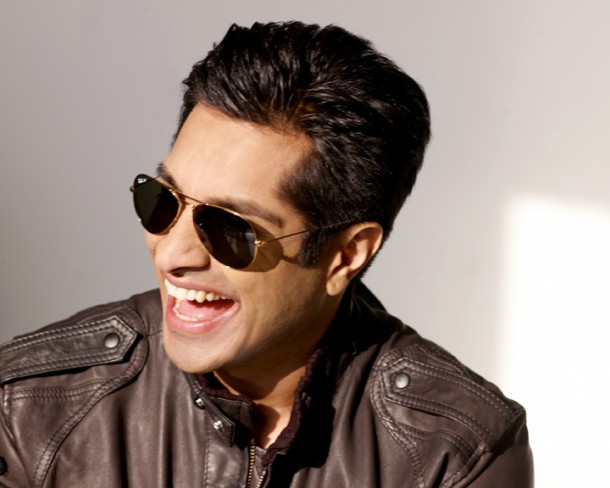 “I really enjoy being home in Montreal. You remember the last time we met that I told you that when I went to India, I surprised myself. I thought it would feel like I was going back to my roots. But I realized that my parents ‘roots are in India, mine are here in Canada; and in particular, Montreal. Being in India made me realize how much I love Montreal.”

Before becoming a box office success, Sami Khullar didn’t perform as a comedian for almost two years. “I was really busy with school and my promoting business. But when I went to a show or saw a stand-up comic on TV; I remembered how much I missed being on stage. I finally made a decision to go full time into performing. I’m only going to do this.” As a savvy and realistic businessman, Sammy also knew that his decision to pursue comedy would mean sacrifices. “I had to get rid of my car…had to drastically reduce my lifestyle. There were nights when I’d perform for six people in an almost empty comedy club. I always did my best, because I knew that this was how you build a fan base, how you learn about yourself.”

“I performed thousands of hours before it all started to really gain momentum. A lot of success is due to a state of mind. I have a strong will to win, and I was prepared to put the hard work into working on my shows. I still test out my new material in front of live audiences on open mic night – usually at the end of the night. I can make adjustments to the jokes and my timing.”

Sammy has recently completed filming the second season of his hit television show Ces gars-la (Those Guys) airing on TV5. Along with co-star and producer Simon Fecteau, Sammy and his on-screen and real life buddy write the scripts for each show. “The station was a bit surprised at how many Anglos and Allophones are watching the show – which is pretty much entirely in French.” We’ve just finished up ten episodes for our second season, and we’re hoping to get at least three seasons.”

In 2013, Sugar Sammy became the first English-speaking comedian to win an Olivier, Quebec’s awards for best French-language comedy and comedians. Sammy was a double winner – for Comedian of the Year and Best Show of the Year. Last spring, he again won the 2014 Olivier Award for Comedian of the Year. “We can build bridges if we can laugh together about each others’ habits and stereotypes. It’s quite different than laughing at the other guys.”

“I’m really looking forward to this next series of shows. The Olympia is a perfect theatre for my show – I can interact with the audience and everyone is close enough to hear the exchanges I have with the audience.” 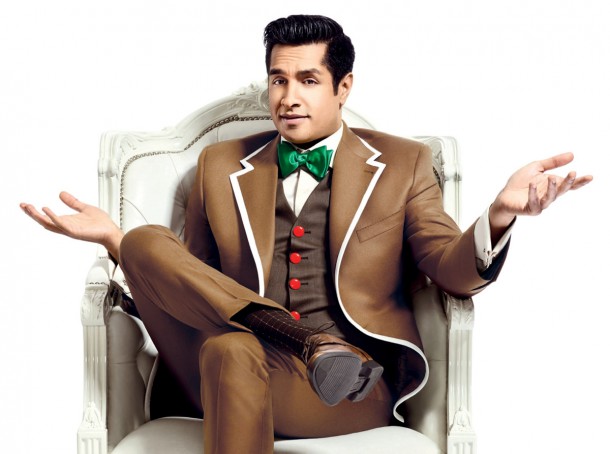 While Sammy uses Quebec politics and politicians as fodder for a good portion of his shows, he is serious about his opinion concerning the Parti Quebecois’ attempt to pass their Quebec Charter of Values. “We almost lost our Civil Rights with that legislation. It was a dark period in our province’s history.” Continuing on that subject, he adds: “Whenever the PQ is in power – I get hate mail. They really get upset when I say that I’m a proud Canadian. But I can be both a proud Quebecer and a Canadian!”

After this next series of shows running through until March 2015, there’s a good chance that Sugar Sammy will be taking his show back out on the road. “I haven’t even performed in Toronto lately because I’ve been so busy here in Montreal and in the province. But after these shows, I could be away for a couple of years. I gotta enjoy this now – because I know what it’s like when I go back out on the road.”

In a previous interview Sammy told me that his off-stage downtime “is a little nerdy. I like to watch documentaries.” Talking about upcoming holiday plans, Sammy revealed that he is quite happy to enjoy a quiet beach vacation; “I’m not a thrill-a-minute guy. I’m happy to relax on a beach somewhere.”

“I’m really looking forward to this next series of shows. The Olympia is a perfect theatre for my show – I can interact with the audience and everyone is close enough to hear the exchanges I have with the audience.”

Tickets on sale at the Olympia box office or by phone: 1-855-790-1245. Order online: www.evenko.ca ; www.sugarsammy.com or www.admission.com

At 38 – Sammy finally moved out of his parents’ house, which was partly due to his constant travel. “I was on the road so much that it didn’t really make sense to rent an apartment or maintain an empty condo. “Actually, I’m just about 5 minutes from my parents – so I’m still there a lot.”

“I grew up in the Cote des Neiges area, not too far from the Jewish General Hospital. We lived in a basement apartment. At one time my Dad had a carpet cleaning business, and he did a lot of work in Hampstead. One of his dreams was that someday we’d be able to live in Hampstead.”

“My Dad opened the first of what would eventually become several dépanneurs (There – see how we use each other’s language? Say dépanneur in Toronto and they don’t have a clue what you’re talking about!) He eventually settled on just two locations. Dad made sure that we kids would come to the store after school to help out. We learned how to work the cash register, fill in orders and learn the business.”

This early experience had a positive effect on Sammy’s own business acumen. “My Dad was always looking for ways to improve his business. He welcomed his customers by name, and he’d often share an inside joke with them. He was always personable with them – and it worked!”