The Curtain Rises at Dusk!

Montreal Space for Life is presenting Gardens of Light, from September 5 to November 2, 2014, an invitation to slow down and admire nature in a very special light in the heart of two cultural gardens at the Montreal Botanical Garden. As the day draws to a close, the gardens will become softly illuminated as they slowly take on their autumn hues. Gardens of Light is a shimmering universe imagined by talented local artists, promising an entrancing, inspiring nighttime adventure.

Lanterns at the Chinese Garden

As daylight slowly fades along the paths through the Chinese Garden, the lanterns will light up in Zheng He – A Voyage of Discovery. This year’s theme illustrates one of the seven expeditionary voyages by Zheng He, also known as the Admiral of the Seas from 1405 to 1433. Along your twilight stroll, you can admire some fabulous reproductions of his treasure ships and learn all about his seafaring exploits.

Over the past decade, My Quynh Duong, the Chinese Garden’s artistic designer, has breathed new inspiration every year into The Magic of Lanterns. Her meticulous sketches for each of the thematic lanterns are sent to Shanghai, where the lanterns are handcrafted. They are then shipped by ocean and train to Montréal, where she spends the summer supervising their assembly.

The tradition of using decorative lanterns to brighten and illuminate Chinese festivities dates back to the Han Dynasty (206 BC-220 AD). Today they are used to celebrate Chinese New Year and the Mid-Autumn Festival, on the fifteenth day of the eighth lunar month.

The Japanese Garden is all aglow

As the Sun’s last rays disappear below the horizon, the Japanese Garden is decked out in soft beams of light, a concept subtly orchestrated by the lighting artists from Jutras Bathalon Bureau d’études lumière. The elegant play of shadows and light reveals an unexpected side of the Japanese Garden’s plants and architecture. Surprising colours and details combine to produce a serene, hushed environment. Inside the Pavilion, visitors are sure to enjoy the light-filled corridor with its hundreds of origami cranes. These splendid folded paper creations by origami artist Hideko Sinto symbolize longevity in Japanese culture.

About Montreal Space for Life
Montreal Space for Life is made up of four attractions on the same site: the Botanical Garden, Biodôme, Insectarium and Rio Tinto Alcan Planetarium. These four prestigious municipal institutions form Canada’s largest natural science museum complex. Together, they are launching a daring, creative urban movement, urging everyone to rethink the connection between humankind and nature and cultivate a new way of living. 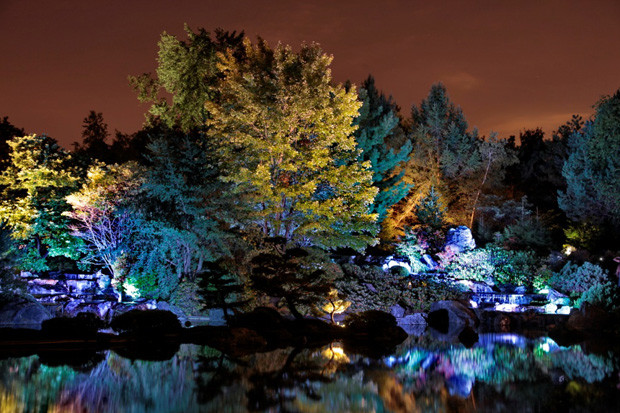 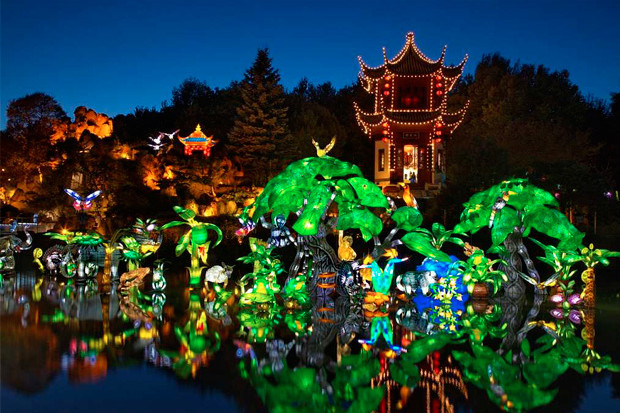 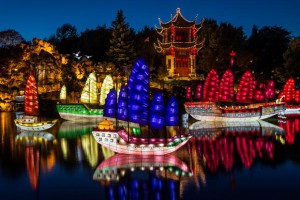