Just For Laughs is proud to announce the Mega-Stars of Comedy Gala, a special Gala with NO host. No host? How can this be? Well, there are seven comics so good that they could all be headliners. So rather than have them fight over it, we’re going with no host! Come see seven world class headliners Lewis Black, Tommy Tiernan, Ron White, Loni Love, Shaun Majumder, Kathleen Madigan and more. 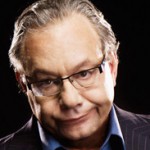 His early career: playwright-in-residence at the West Bank Café’s Downstairs Theatre Bar in New York where he oversaw the development of more than 1,000 plays
His big break: in 1996, his friend Lizz Winstead tapped him to create a weekly segment for a show she was producing on Comedy Central called The Daily Show, which later evolved into Back in Black
He’s on TV: has taped four specials for the Comedy Central Presents series, co-created Last Laugh with Lewis Black, presided over Lewis Black’s The Root of All Evil, and continues to perform Back in Black on The Daily Show with Jon Stewart
He wins at stuff: best Male Stand-Up at the American Comedy Awards in 2001
TV loves him: appearances on Larry King Live, Piers Morgan Tonight, Late Night with Jimmy Fallon, The Late Show with David Letterman, Late Night with Conan O’ Brian and the Late Late Show with Craig Ferguson
He has hobbies: in his leisure time, Lewis likes to play golf, even though golf hates him 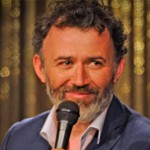 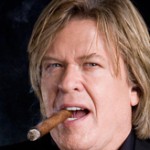 He wrote a book: I Had the Right to Remain Silent But I Didn’t Have the Ability which appeared on the New York Times best seller list.
He wins at stuff: Grammy nominee for Best Comedy Album for his stand-up special You Can’t Fix Stupid
He’s not just a man, he’s a brand: zino platinum cigars made a special Ron White line of cigars
He has hobbies: is an avid fisherman 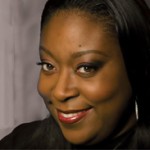 She’s on TV: Co-host of the new FOX daytime talk show The Real
She gets Ellen Degeneres dancing: Regular Guest DJ on The Ellen Show
TV loves her: can also be seen on shows such as Chelsea Lately, The Tonight Show with Jay Leno, VH1’s I Love the 70’s/80’s/90’s
She’s been vouched for: Named Campus Activities Magazine’s “Hot Comic” in 2009 and one of Variety’s “Top Ten Comics to Watch”
Author: Love Him or Leave Him—But Don’t get Stuck with the Tab 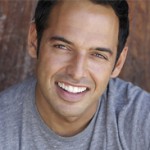 He’s on TV: co-anchors the CBC’s This Hour Has 22 Minutes
He’s Canadian (like us!): born in Burlington, Newfoundland, Shaun is working hard to turn his hometown into a tourist attraction in his W Network show Majumder Manor
He’s in movies: film credits include Harold and Kumar Go To White Castle, The Ladies Man and Pushing Tin 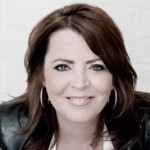 One of the funniest women in America, Kathleen Madigan refuses to leave the stage! With unpretentious and accessible observations, Kathleen’s material will sweep you in to her ever-growing fan base.
She’s on TV: made multiple appearances The Tonight Show with Jay Leno, The Late Show with David Letterman
Talkin bout a generation: Along with Lewis Black, Brian Regan and Jim Gaffigan, she’s one of the funniest stand-up comedians of her generation
She got serious comedy cred: She remains the only comedian in the history of NBC’s Last Comic Standing to go unchallenged by any other comedian–meaning no comedian would say they were funnier than her

He’s on TV: star of his own IFC TV series Maron
He does hip things like podcast: hosts the super popular, twice-weekly WTF with Marc Maron podcast, which won the “Best Podcast Award” at the 2012 Comedy Central Comedy Awards
He’s a lot like: if Woody Allen and Iggy Pop had a very funny, angry baby
[divide]