Bryna Wasserman to direct Soul Doctor at The Segal

Bryna Wasserman sat down with me in the lobby of the Segal Centre to discuss the upcoming production of Soul Doctor: Journey Of A Rock Star Rabbi by the Dora Wasserman Yiddish Theatre, a family tradition started by Bryna’s mother. Bryna now runs the National Yiddish Theatre in New York City, but told me that she still considers Montreal to be her home. “I grew up here, falling asleep in the theatre while my mother directed the rehearsals. I am still proud of the work we accomplished here, and how ‘this place’ continues be a hub of creativity.” 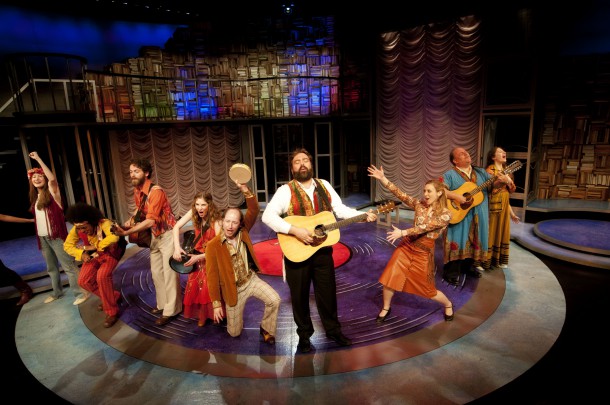 Soul Doctor is the story of Rabbi Shlomo Carlbach, a musician and songwriter who became known as the Rock Star Rabbi. He actually performed with Bob Dylan, The Jefferson Airplane and The Grateful Dead. A man of great faith and conviction, Shlomo was on the dais when Martin Luther King Jr. delivered his famous I Have A Dream spellbinding speech. “Shlomo set about changing the world through music,” Bryna observed, “He wanted to mend the broken world of the late 60s and 70s. He used his religious background to try to reach young people who were searching. This musical is set against the backdrop of the American Civil Rights Movement. It’s a fictional story – but it’s based in truth – and the characters are real.”

Soul Doctor ran on Broadway from August to November 2013, and while it wasn’t a long run – the show had an impact and was a critical if not commercial success. “An unabashedly celebratory show” stated The New York Times. Another reviewer described the musical as when “Fiddler meets Hair”. Under the co-direction of Bryna Wasserman and Rachel Glait, the show has been adapted for Yiddish theatre and the Segal Theatre production is the World Premiere of Soul Doctor: Journey Of A Rock Star Rabbi. 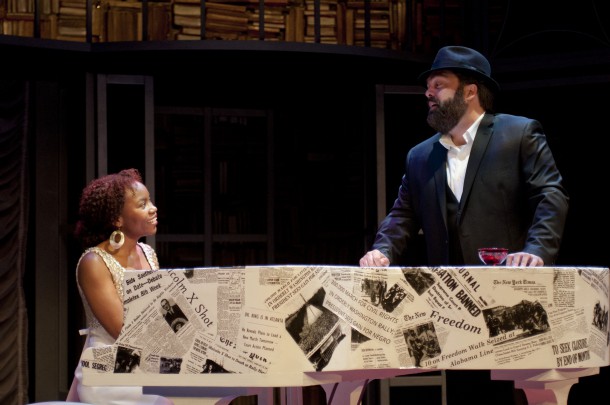 The thirty songs are some of the hit songs written by Rabbi Shlomo Carlbach, and the orchestration is by Steve Margoshes, who also orchestrated the Broadway productions of Tommy by The Who and Elton John’s Aida. Soul Doctor creators Daniel Wise and David Schechter spend ten years developing the original musical and they will be in Montreal for the opening night to see the presentation of their work in another context.

Shlomo Carlbach had what could be considered an unlikely friendship with singer Nina Simone, who he met in 1957 when she was playing piano and singing in an Atlantic City club. His choice of popular music was challenged by even members of his own family. Bryna continues; “Shlomo awakened the consciousness in the youth. To do so, he went to them and captured their imagination through music.”

He took over his father’s synagogue in 1967, and remained its leader until his own untimely death in 1994. Rabbi Shlomo Carlbach died at LaGuardia Airport while waiting for his flight to Montreal, where he was scheduled to perform, as he had previously done on numerous occasions. Rabbi Shlomo Carlbach recorded over 25 albums, and his music continues to be played even twenty years after his death. His Synagogue still exists on New York City’s Upper West Side.

Soul Doctor: Journey Of A Rock Star Rabbi opens with preview performances from June 8 to 11, and then continue nightly (except Fridays) until June 29. Bryna is delighted with the work and dedication that the cast and crew are putting into this production. English and French supertitles will assist those not fluent in Yiddish.