Oliver Jones is regarded as one of Canada’s most accomplished jazz pianists, performing concerts across North America and Europe; and is a perennial favourite at the Montreal Jazz Festival. Oliver has always believed in giving back to the community, and he often visits schools to speak with students about the importance of education and – the wonderful world of music. Oliver has encouraged Daniel Clarke-Bouchard, who at fourteen has already performed with the Orchestre Métropolitain this season; has been featured on many television shows in Canada and the United States; and has shared the stage with the Montreal Jubilation Gospel Choir for their annual Christmas show. 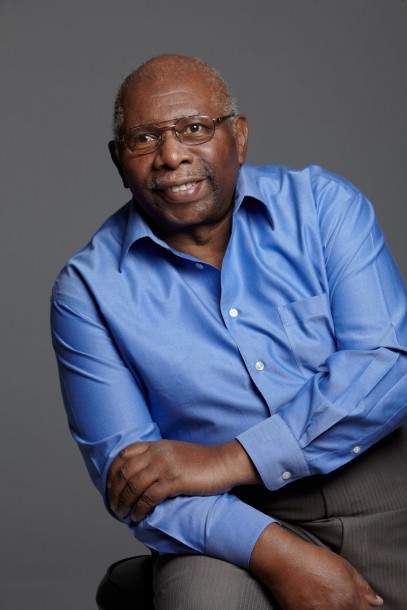 Crossing cultural lines, Oliver Jones won both a Juno Award for his Lights of Burgundy album and a Felix Award for Just Friends. He was named Honorary Citizen of Montreal by Mayor Denis Coderre on May 20.

I spoke with Oliver and Daniel at the recent launch of this year’s program for the Montreal International Musical Competition, which runs from May 26 to – June 6. Each year the competition rotates from violin, piano and voice. The featured instrument for 2014 is piano; and 24 pianists from 14 countries around the world have been selected from 138 applicants. The special June 2 benefit concert with these two outstanding Montreal pianists complements this year’s piano theme.

It’s pretty well known that Oliver and Oscar Peterson took lessons from Oscar’s sister Daisy Peterson Sweeny in their youth. “Oscar was nine years older and more serious about his music. I was interested in sports, especially track,” Oliver remembered during our conversation. “He wrote out some piano exercises for me one Saturday after our lesson, and the following Saturday he asked me to play for him. Of course I had been out playing during the week when I should have been practicing. I tried to fake my way through it – and he caught me, saying; ‘You didn’t practice – did you? If you want to get somewhere with your music, you’re going to have to take it seriously.’ Well, I took it more seriously and we both did all right.”

Oliver’s musical career took him to Puerto Rico from 1964 to 1980, where he played in casinos with Kenny Hamilton’s band. “It was right after the revolution and Cuba was shut down, and many of the casino operators relocated to Puerto Rico. We’d see many of the big movie stars come into the club, and high rollers gambling in one night what I’d make in a year. It was good training for me, and I also learned a lot about professional stage presentation.” Continuing, Oliver adds; “Charlie Biddle, Vic Vogel and Nelson Symonds were the three artists that kept jazz alive in Montreal during those years that I was away. When I got back, Charlie and I played during the cocktail hour at the Queen E before walking up the hill to his club Biddle’s for our night’s work at his club. That’s where Jim West recorded us for his record with is new label Justin Time.”

“Graduating from high school was the ambition our parents had for us. At the time – living in Little Burgundy – an education was a way to get a better job. Our parents supported our desire to play music, but they thought it was a hard way to make a living. They wanted us to graduate from high school first.”

“Our parents ‘solved’ the problems of the world when they gathered at the local barbershop on Saturday afternoons. In contrast, Oscar and I have each played for The Queen and many United States Presidents. One day Oscar and I were talking about our careers, and by that time we had about twenty-three or twenty-four Doctorates between us. Oscar said to me, ‘Our parents must be really pleased to be looking down at us now, with all these degrees we’ve got.’

Montreal Mayor Denis Coderre recently announced that on May 20, Oliver Jones will be made an Honorary Citizen of Montreal, an honour that has only been bestowed ten times in the city’s history. Oliver confided that he has been deeply touched by this recognition. “I’m getting congratulations from my friends and family all across Canada. It’s a great honour. There are many fine musicians in Montreal, I think it’s because I’ve always believed in giving back to the community, especially to help children.”
“Daniel once asked me what was Oscar’s defining concert, the one that really set his career in motion. It was when Oscar went directly from playing in Montreal to perform at Carnegie Hall in New York when he was twenty-four. I had to wait until I was sixty-two before I played there. Daniel beat us both – he played Carnegie Hall when he was just eleven.”

“I met Daniel through Oscar’s sister, Daisy Sweeny. Daniel’s mother was also one of Daisy’s students. I’ve watched him grow and I’m impressed by the respect that he has for his music. He’s also a terrific student and he’s usually first in his class in all subjects.” Oliver cites the generational differences; “We thought locally; and TV gave us a broader perspective than our parents. Daniel has a worldwide vision. He dreams of things that I never even thought of when I was his age. We’re from different eras.”
But – as the famous Quebec actor Jean-Luc Mongrain noted in his opening remarks, ‘…music has no age boundaries’. And so it comes that soon-to-be 80 Oliver Jones will perform a classical and jazz concert with his 11 year old protégé Daniel Clarke-Bouchard, accompanied by Montreal jazz favourites, bassist Eric Lagacé and drummer Jim Doxas, both long-time sidemen for Oliver. 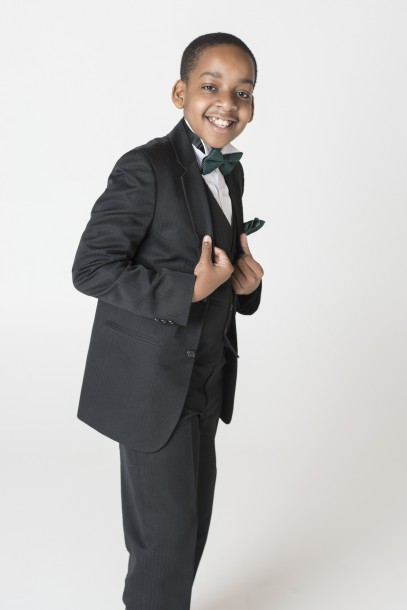 Daniel Clarke-Bouchard is a gifted classical musician who made his Carnegie Hall debut concert when he was just eleven years old.

Daniel Clarke-Bouchard has already achieved status as an in-demand piano soloist, and as mentioned by Oliver, had his debut at New York’s prestigious Carnegie Hall when he was just eleven years old. And while his career path is with classical music, he has an appreciation for jazz. “I love listening to jazz – it has so many different musical voices. For me, Oliver is one of the top five all-time jazz artists. He’s up there with Oscar Peterson, Duke Ellington, Ella Fitzgerald and Sarah Vaughn.” If that seems like high praise, remember that it comes from an artist who had his Carnegie Hall debut before he was a teenager.
Daniel has appeared and performed on George Stromboulopoulos where he spoke seriously about his commitment to classical music and the importance of having confidence. More recently, Daniel wowed the in-studio and North American viewers of The Ellen DeGeneres show. He spoke of his love for hockey and his position as goaltender – perhaps a surprising revelation for a gifted musician.

Daniel clearly has great admiration for his mentor and friend – Oliver Jones. “Oliver keeps me humble… he’s a great inspiration for me. He’s helping me to become a better musician and performer by making suggestions on how to dress and comport myself on stage.” Daniel closes our conversation with a comment that many Montrealers would agree with; “Oliver is always there to show up for you. He’s a great inspiration.”

The Montreal International Musical Competition takes place from May 26 to June 6. An Exceptional Duo concert featuring Oliver Jones and Daniel Clarke-Bouchard will be on Monday, June 2 at 7:30pm at Maison Symphonique. Tickets are $50, $40, $30 with discounts for seniors and students in all categories. www.laplacedesarts.com or 514-842-2112.
The quarter finals and semi-finals take place at the Montreal Museum of Fine Arts wonderful Bourgie Hall, the repurposed Erskine and American Church. The Finals and the Gala concert will be at The Maison Symphonique and contestants will perform with the Montreal Symphony Orchestra and Guest Conductor Giancarlo Guerrero. Bourgie Hall tickets: 514-285-4000, option 4. Place des Arts tickets: 514-842-2112 or www.laplacedesarts.com Montreal International Musical Competition: www.concoursmontreal.ca