For Bob Bachelor, charting the musical direction and evolution of the Lyric Singers is a labour of love and passion that has extended for more than 20 years. Annual auditions, the selection and preparation of a material, weekly rehearsals (that become twice-weekly as the performance dates approach) are all part of being the Musical and Artistic Director of company that provides a musical outlet for high-calibre singers and a dedicated following. The company is in final preparations for their upcoming annual June show at The DB Clarke Theatre, a wonderful performance space on Concordia University’s downtown campus. 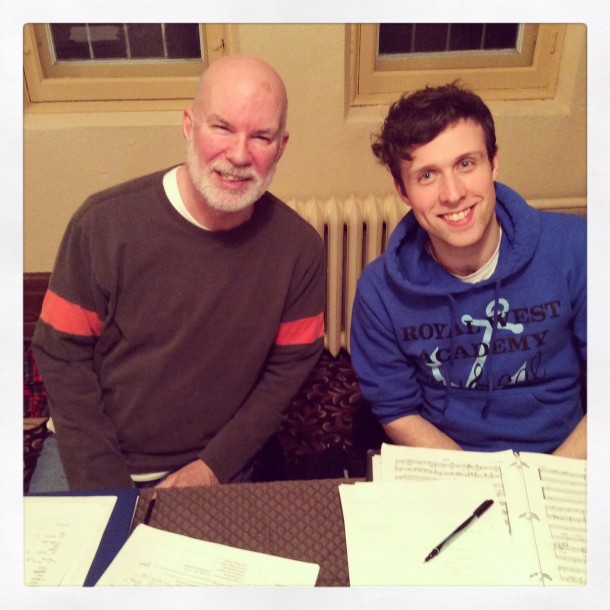 This year’s show titled Forever Broadway, will feature selections from Ain’t Misbehavin’, Guys & Dolls, Cinderella, and Thoroughly Modern Millie; along with favourites from Godspell, Avenue Q and Mary Poppins. It’s a annual event that brings audiences and performers together in a celebration of Broadway hits.

An ability to sing and a desire to perform are the most important factors considered during the annual September auditions. Nathalie Thermil is an excellent example of how raw talent can prevail. “I had never sung in public, but we had music in our household. I played keyboard and flute when I was younger, and music was very much a part of my ballet lessons. I worked with someone whose sister was in Lyric, and she told me stories of how much her sister enjoyed singing. I always enjoyed singing in the shower, but I’d never sung in public.” Work and travel commitments kept Nathalie away during September auditions, and so her singing career remained an unfulfilled dream until this past January. “There was an opening, and so I auditioned for Bob and was accepted. I guess I’ll always be known as “the shower singer”! 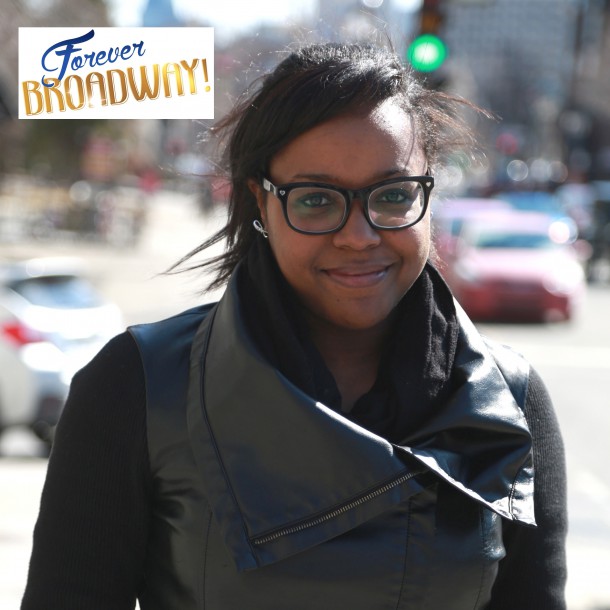 Laurie-Anne Jean-Baptiste has been with Lyric for eight years, and has also taken on the role of photographer and videographer, including a video of her own audition that went viral on You Tube. “My singing teacher encouraged me to try out for Lyric. She had been a member and thought that I would enjoy singing with the cast. We all audition every year, not so much to get accepted, but to give Bob an idea of our voices so that he can plan our material and solos. It’s a wonderful sensation to literally feel the voices of the other singers, especially in one of our a capella numbers.” Laurie-Anne will perform Forget About The Boy from Thoroughly Modern Millie. 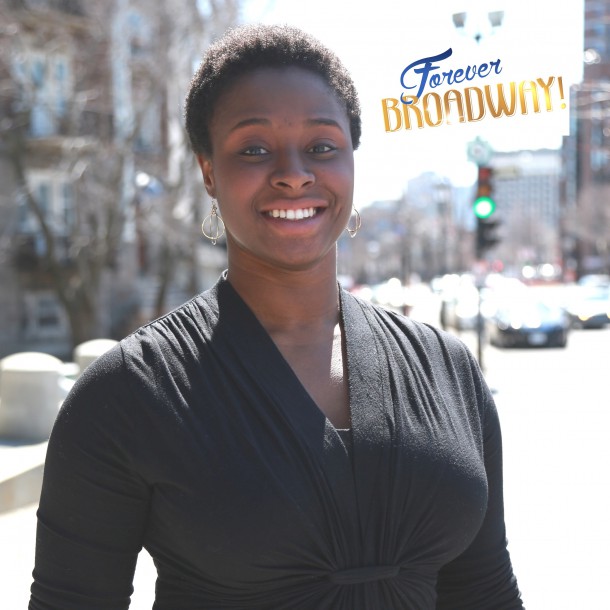 Nathalie Thermil was inspired to audition after seeing a Lyric show

Lyric’s Assistant Musical Director Chris Barillaro is a multi-talented actor, singer, pianist, arranger and performer. At 27, he is already earning major responsibilities in Montreal’s musical theatre scene. His music direction credits include: Ain’t Misbehavin’, Guys and Dolls (Assistant music director), Schwartz’s The Musical (Assistant music director), Cabaret, Chicago and the Canadian premieres of both Rooms: A Rock Romance and Altar Boyz. Chris had the unique experience of accompanying Joan Rivers for her Montreal performance in July 2013. Chris will be the Musical Director for Les Belles Soeurs at the Segal next season and will also be directing and acting in the musical Forever Plaid, also part of The Segal’s 2013 – 2015 season. 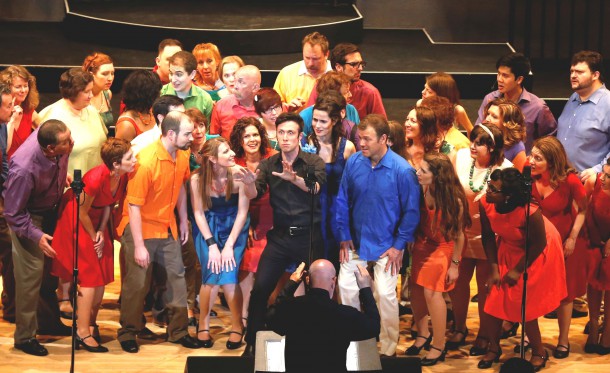 Chris Barillaro (in black) surrounded by the cast of Lyric Singers

While still studying at Dawson College, Chris was introduced to Lyric’s Bob Bachelor, who at the time needed a director for a St. George’s School production. After working several different projects with Bob, Chris was invited to take on the Assistant Director’s role for the 2012-13 season. “I’m happy to do both singing and acting – and I do both with Lyric. Since I was involved with Ain’t Misbehavin’ at the Segal last fall, slipping into the Fats Waller medley for our June show has been a lot of fun.”

Lyric Singers will perform Forever Broadway show on June 12, 13 and 14 at 8pm and a 2pm matinee on June 14. The DB Clarke Theatre is at 1455 de Maisonneuve West (Concordia Univertsity). For tickets: www.lyrictheatrecompany.com or 514-743-3382. Enjoy.