I saw Colin Hunter perform at L’Astral last fall with the Montreal All City Big Band, and came away highly impressed with the strength of his voice, his phrasing of popular jazz classics from The American Songbook, and his genuine enthusiasm for performing. While singing is Colin’s passion, he is better known as the founder of Sunwing, the holiday travel company that has grown exponentially since the veteran travel executive started the company in 2005.

“I used to sing regularly when I went to university in India, and continued when I moved to England when I was 21. I worked for British Airways during the day, took courses at night and on the nights when I didn’t have classes, I worked the bar the Hammersmith Ballet. So there wasn’t much time left over for singing – but I still got some in periodically.”

I lived in London for about ten years, but I was getting frustrated at British Airways. I came to Canada to visit my brother, who had emigrated and was enjoying his life here. It was during that visit that I met my wife and we’ve been together now for 42 years. After we got married I put singing aside because I had to get serious and make some money!”

And make money he did. Colin moved to Canada and worked in the travel business, eventually becoming a partner in Canada 3000 and other travel wholesalers. “I decided to retire in 1995, and sold my shares in Canada 3000 and all my other travel companies. It only lasted for about six months – before my wife suggested that I should go back to school – or do something constructive with my time.”
“I started to develop packaged tours again under the Sunwing brand – but you really need to have your own aircraft in order to get the quality and good aircraft is to own your own airline. We started on 2005 with two aircraft, and today we have 29. We’ve gone from $15 million in sales to $1.5 billion in just 8 years!”

Colin also launched his first CD in 2005, appropriately titled Come Fly With Me, recorded with a 16 piece big band and featuring the classic hits of crooners like Frank Sinatra, Tony Bennett and Dan Martin. He followed up in 2007 with Timeless, a recording that featured twenty hits, including New York, New York, Mack the Knife, and Everybody Loves Somebody Sometime. Colin has recorded 8 cds since 2005, and performed in Toronto, Montreal and Quebec City. 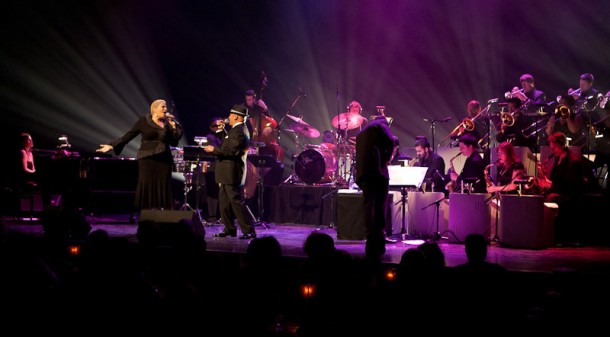 Last December, Colin was performing at The House of Jazz, and slipped out between sets to sing a couple of songs with the Big Band at The Rialto Christmas Party. He’ll soon be returning to perform with the Roland Martel Big Band on May 10 at The Rialto on Parc Avenue. He’ll be singing many of his favourites by Frank Sinatra, Tony Bennett and selections from his 2012 CD, We Remember Nat King Cole CD. “I enjoy doing shows with a big band – there’s a dynamic there that’s inspiring.” Enjoy!