Oliver Jones – a life in music

Jazz pianist Oliver Jones has achieved international success as a jazz musician, and been recognized with the Order of Canada, The Order of Quebec, The Martin Luther King Jr. Award, and most recently, The Governor General’s Award. He will perform a program of his own compositions at the 2012 Montreal International Jazz Festival.

Oliver Jones came into this world in 1934, and music has been an important part of his life from his first breath. His father was a great fan of classical music, especially Bach’s religious music. Classical music filled the Jones household, and to this day, Oliver’s preferred choice for leisurely listening is classical, even though he has a large collection of jazz recordings.

Oliver’s father was a steam locomotive mechanic, and he worked at the CPR Angus Yards for 37 years. “For some reason, my dad wanted me to be an accountant. However, I was so poor at math that my parents had to hire a tutor for me. So my future as an accountant didn’t look very bright.” The elder Jones instilled a strong work ethic in his son. “When I quit high school, my father insisted that I work during the week – even though I was playing music on the week-ends. I’d make $16 – $17 for five days’ work in a dress factory, and then go make $100 playing in a club on the weekend.” Oliver continues, “When I first started playing in the clubs, – the first person I saw in the audience was my father.” 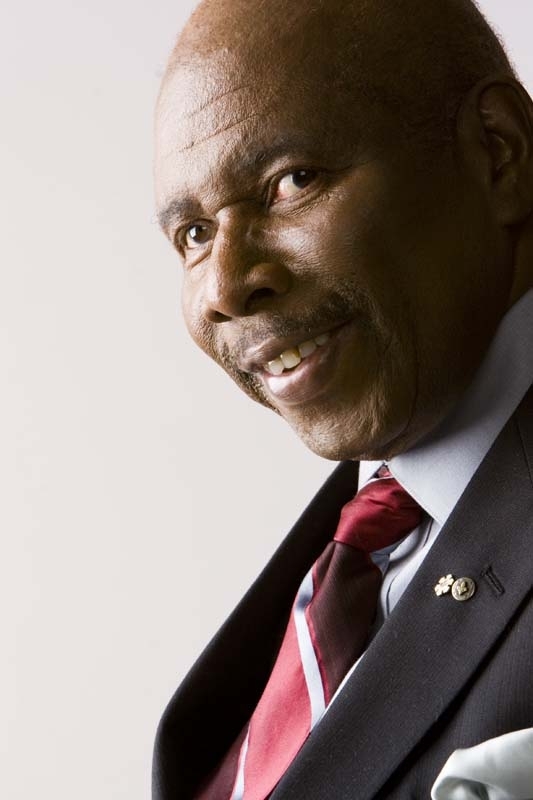 “My father liked to take credit for my musical ability, although it was my mother and her two sisters who travelled around the Caribbean, performing as singers with their father. My grandfather was also a high school principal and a minister.” Oliver’s mother lived to the great age of 102, and lived to see her son become an international success, and receive the Order of Quebec in 1993, the Order of Canada in 1994, and The Martin Luther King Jr. Award; celebrating his contributions to the Black Community in Canada and locally in Montreal.

In fact, Oliver’s musical training was entirely in the classical realm. He studied music with Oscar Peterson’s sister, Daisy Peterson Sweeny when the two boys were growing up in Little Burgundy. Both Oscar and Oliver developed a solid foundation of musical knowledge and technique as pupils of Oscar’s sister. They also became lifelong friends through their passion for music.

“I liked to play baseball with the other neighbourhood kids, and one day I was a little late for my lesson. Oscar admonished me – saying that I’d have to take my lessons and practice time more seriously if I hoped to be successful in music.”

As a youngster, Oliver began performing as a pianist at the Union United Church in St. Henri when he was just five years old. He later performed at age nine as a novelty act at the Café St-Michel. Oliver played with various performers in the Montreal area from 1953 until 1963. One of the first opportunities Oliver had to play jazz was in the downstairs club at Rockhead’s Paradise in 1963. It was here that Oliver was introduced to Jamaican calypso singer Kenny Hamilton.

Oliver accepted an offer to be the musical director for Kenny Hamilton, who worked primarily in the Caribbean, headquartered in Puerto Rico. Oliver moved to Puerto Rico with his wife and young son in 1964, and remained there with Kenny Hamilton for 16 years. The group also travelled extensively in the United States, providing Oliver with an opportunity to work with many singers, meet lots of musicians, and do a little writing for the shows. While he was making his living playing popular music, Oliver developed a keen interest in jazz, and after work, he would seek out the local jazz clubs in cities like New York, Las Vegas, and Chicago; where the Hamilton band was performing.

In 1980, the Jones family returned to Montreal, and Oliver was determined to pursue his dream of performing jazz, and to make a living doing it. He was recovering from surgery to save the sight in his right eye, and Charlie Biddle came to visit him in the hospital. “During that visit, Charlie told me that he needed a pianist, because my friend, the late Sean Patrick, was going back to teaching.” Still recovering from surgery, Oliver was a little reluctant, and told Biddle that he hadn’t played jazz in a long time. However, Biddle was successful in convincing Oliver to join him as a duo.

After a year of performing together, Charlie Biddle opened “Biddle’s” on Aylmer, with the two friends performing as the house band. By ’82 the club had become very popular. “I felt very privileged to finally be able to play what I wanted.”

One of the patrons was Jim West, the founder and producer of Justin Time Records. He wanted Oliver to record a solo jazz album. However, Oliver was reluctant to perform by himself, and requested that the recording be done with Charlie Biddle and drummer Bernard Primeau, the other members of the trio playing at Charlie’s club. Even as a neophyte producer, West knew when to take the advice of musicians, and the recording was produced with the trio. “So that’s what happened. The label has grown and Jim is one of the most sought-after producers because he has a great reputation among musicians.” Oliver continues, “Jim still wanted me to do a solo album, and that one was The Many Moods of Oliver Jones.”

The trio recorded a live performance at Biddle’s, aptly titled Live at Biddles. The relationship between Oliver Jones and Jim West has been important for both men, and has complemented Oliver’s long-standing relationship with the Montreal International Jazz Festival. He has played at almost all of the previous 32 festivals; as a solo, with duos, trios, big bands, and orchestras.

Even though he was retired, the Montreal International Jazz Festival’s Artistic Director André Ménard thought that it would be a good idea to have Oliver Jones and Oscar Peterson play a special concert to celebrate the Festival’s 25th Anniversary in 2004. “The Jazz Festival has been very good to me, and really helped to put Oliver Jones on the map. Even though Oscar and I had been good friends since we grew up a few blocks from each other, we had never performed together.” Oliver agreed to come out of retirement and perform the concert with his old friend and mentor. The result was a series of sold out shows at Place des Arts; concluding with a rendition of Oscar Peterson’s signature composition; Hymn To Freedom. The performance has been captured forever on YouTube and is arguable the best 6 minutes and 49 seconds you’ll ever spend in front of a computer screen.

“Well…I started getting calls the day after the jazz festival concert. I figured that it might be nice to play 15 to 20 concerts a year. I called my agent, and he called back in a week with 59 different offers, including 40 dates in 2006.” Oliver continues with a chuckle; “Since then, retirement went out the window.”

I asked about the significance of receiving the Order of Canada “for outstanding achievement in the arts” and the Order of Quebec. “Oscar was the first, and I was the second jazz musician to receive the Order of Canada. This legitimizes our particular type of music – that was relegated to the cellars for so long. So many other great musicians have also been honoured, including Phil Nimmons, Rob McConnell, and Moe Kaufman. I like to think that Oscar and I led the way.”

Oliver is also very proud to have received the Governor General’s Award from Michael Jean. “She had some challenges, but she was a credit to the office, and one of the best we ever had.”

Oliver continues to criss-cross Canada, The United States and Europe, performing many of his concerts with the young Montreal drummer Jim Doxas and bassist Eric Lagacé. Oliver has recorded and accompanied Montreal-based jazz singer Ranee Lee; and they opened a December 2011 Place des Arts show for Dionne Warwick.

The artistic directors for the jazz festival asked Oliver if he would perform a selection of his own compositions for this year’s 33rd edition. Oliver Jones Plays Oliver Jones is sure to be a s special musical event on July 5 at the Place des Arts Theatre Maisonneuve. Another Canadian living jazz legend, vibraphonist Peter Appleyard will begin evening, and he will be presented with the Festival’s prestigious 2012 Oscar Peterson Award.

For information about Oliver’s recordings with Justin Time, please consult the company’s website at: www.justin-time.com For tickets to Oliver’s Place des Arts concert on July 5, please call: (514) 842-2112 or online: www.laplacedesarts.com